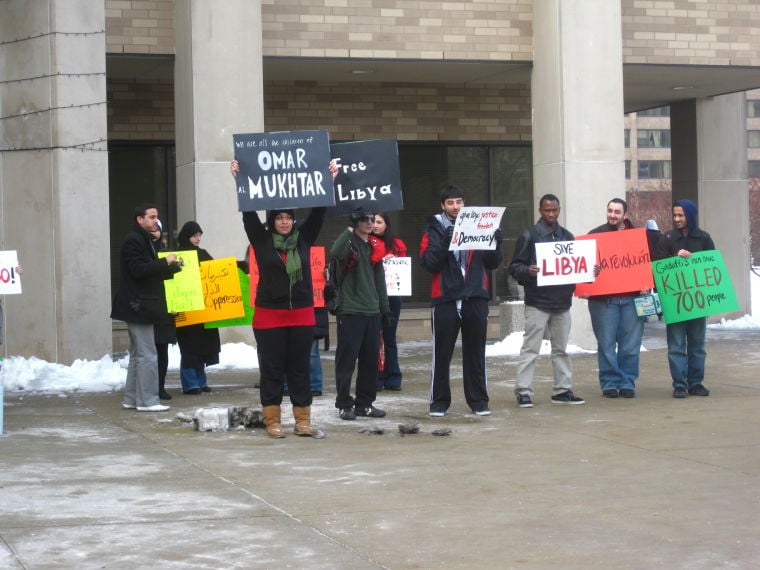 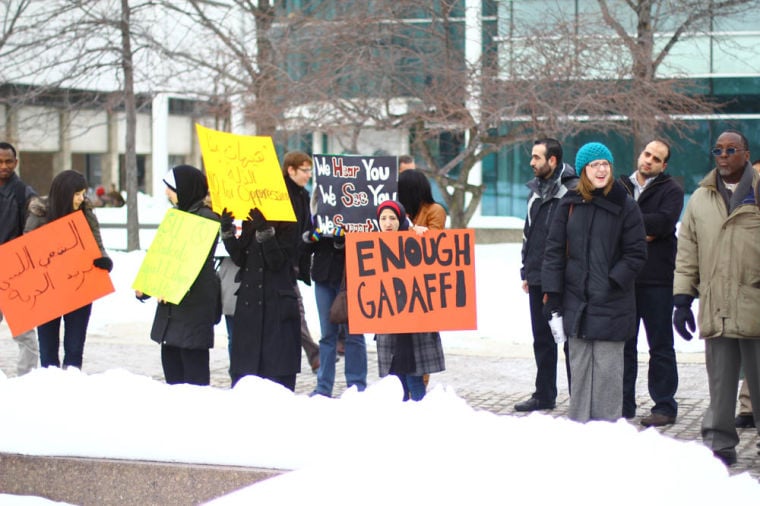 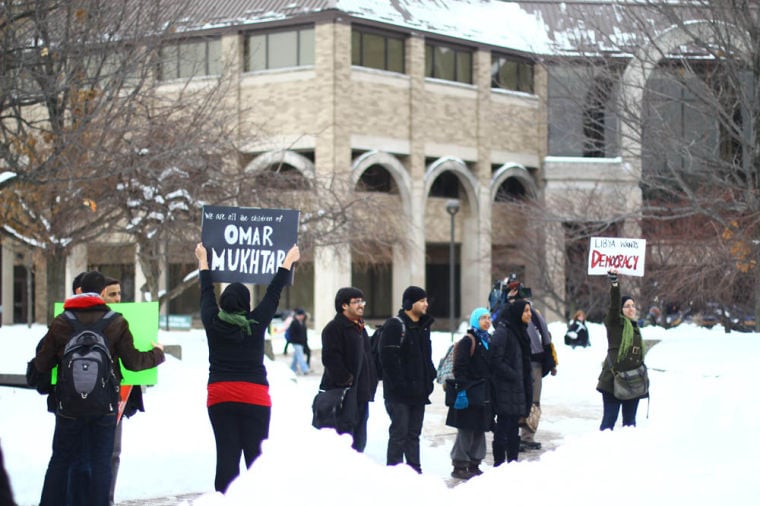 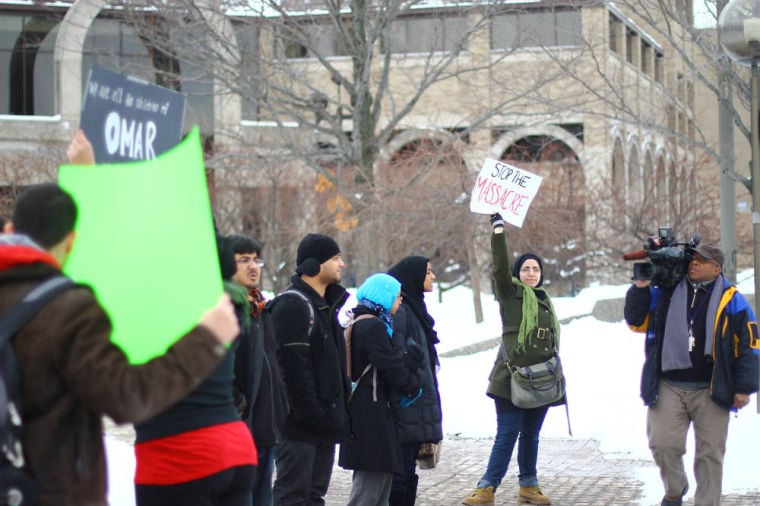 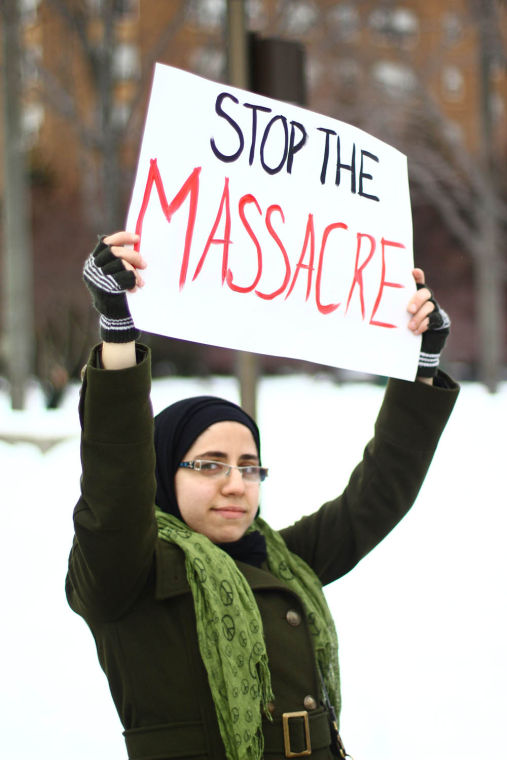 Tears streamed down Maryam Omar’s cheeks as her speech reached the halfway point.

The cool and frigid air proved to be no barrier to her voice as she addressed the mass of protestors midday Feb. 23 on Wayne State’s Gullen Mall.

Wiping the tears from her eyes, she said, “Democracy for Libya” before being comforted by another protestor.

If one was to be near the David Adamany Undergraduate Library at that time, he or she would hear the chants of protestors marching for a demonstration of solidarity with Libyans.

Students of various ethnicities assembled there – wearing red, green and black in response to the ongoing violent revolution in the North African country.

Protestors there are calling for aid in the brutal fight against Libya’s longstanding leader Muammar al-Gaddafi, who reportedly recently ordered the execution of all who wanted him to leave his position.

Demonstrator Aisha Mansurey said she worries about the safety of her family in Libya.

“We just want the world to see what’s going on and what the Libyan people have been under for 42 years and what the brutal regime of (Col. Muammar) Gaddafi has done to the Libyan people,” she said. “I’ve talk to my family the times I’ve been able to get through, and it’s just horror stories coming out of Libya.

“Several times on the phone I could hear the shooting and screaming.”

Omar said the demonstration is a call to use U.S. citizens’ constitutional rights to assist Libya.

“People over there don’t have much of a voice,” she said. “They don’t have freedom of the press or anything, and we do here.

And so we can use that to our advantage to help them.”

The rally ended with a 30-second moment of silence for those who lost their lives protesting in Libya for freedom.

Human rights organization Amnesty International, which co-organized the event, was represented at the rally.

Reuben Metreger, WSU law student and Amnesty International state legislative coordinator for Michigan, said, “We need to send a clear message to the nonviolent protestors throughout the world that we hear their voice and we stand with them and we support them.”

“Everyone should be able to speak their mind and assemble with likeminded people to express their beliefs,” she said.

Amnesty International is set to host a follow-up event Feb. 24 in Hilberry B in the Student Center beginning at 11 a.m.

The event will include group discussions on Middle Eastern issues, poetry reading and guest speakers.

(With video) Protestors gather at WSU for Libya