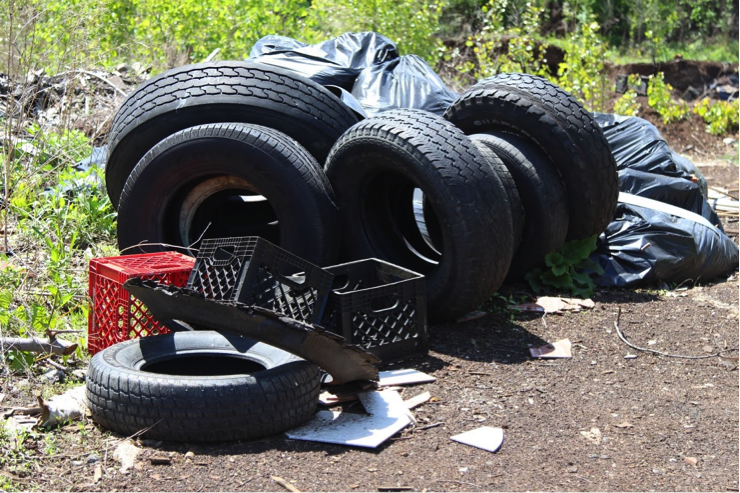 A heap of trash found on 522 Campbell, a property owned by Moroun's Crown Enterprises Inc. The company was last ticketed for this blighted property in 2007, and his $3880 fine has gone into collections, according to the Blight Violation Case History on the city's website. 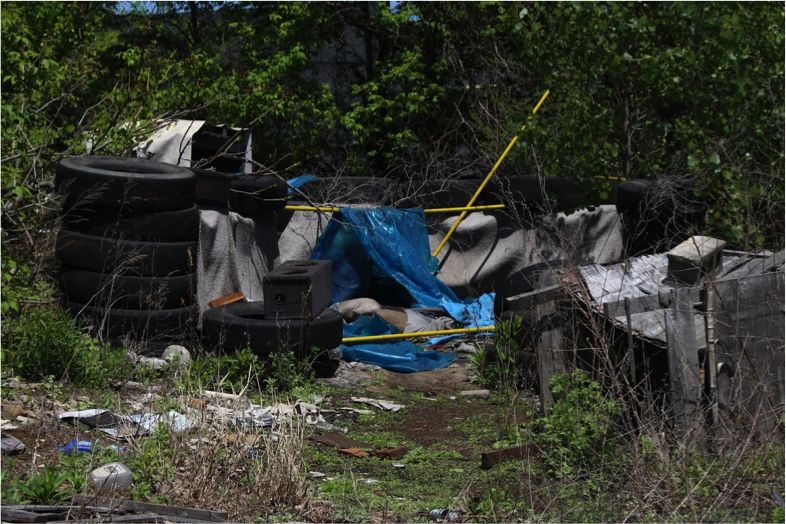 The vacancy and poor security measures at 522 Campbell lend themselves to dumping, an issue that goes hand in hand with Detroit’s blight problems. 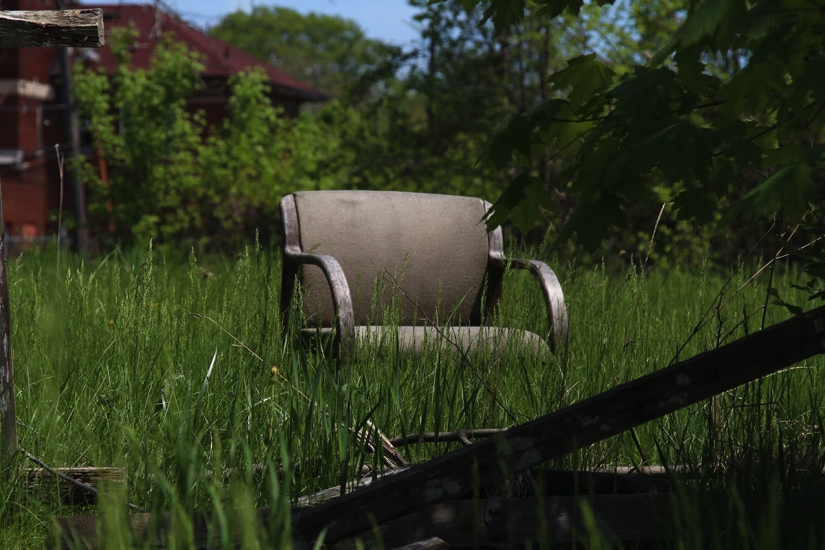 A heap of trash found on 522 Campbell, a property owned by Moroun's Crown Enterprises Inc. The company was last ticketed for this blighted property in 2007, and his $3880 fine has gone into collections, according to the Blight Violation Case History on the city's website.

The vacancy and poor security measures at 522 Campbell lend themselves to dumping, an issue that goes hand in hand with Detroit’s blight problems.

Sharon Dolente, a resident of Hubbard Farms for nearly 15 years, says her neighbors, who couldn't be reached for comment, were recently ticketed by the city for blight violations.

“The last few years the city has been aggressive in pursuing blight,” said Dolente.

If city hall’s records of blight violations have any tale to tell, however, it might be the rules don’t apply to bridge mogul Matty Moroun, who is currently on the hook for $36,950—perhaps more—in blight violations spanning 30 residential and commercial properties within city limits. And that’s just the amount that has gone into collections.

Some of these violations have been ignored since 2006, and others as recent as 2012, for issues of property maintenance, zoning or the allowance of illegal dumping and solid waste.

When Mayor Duggan ran for office in 2013, No. 8 of his 10-point “Every Neighborhood Has a Future” plan focused on creating “much tougher code enforcement,” according to his campaign website, that would be “fair, consistent, and applied to every neighborhood in Detroit.”

One of the means by which Duggan planned to increase code enforcement was to “assure that the fines levied are actually collected using liens against the violating property and against any other property owned by the violator.”

He also claimed that he would “establish a ‘problem property owner’ list for those with frequent code violation issues,” and said that problem property owners would be ineligible to “acquire additional land from any government entity until they bring their existing properties into compliance.”

Despite this call for action, Moroun’s habitual blight violation record would suggest that City Hall is not holding up its side of this promise.

One such blight fine that Moroun has ignored and allowed to go into collections is 522 Campbell, a vacant lot that had him called into court in 2007 for failure to keep his “property, its sidewalks, or adjoining public property free.” The lot had nearly 650 cubic feet of miscellaneous debris, uprooted trees and car parts spilling out of the vacant lot and onto the sidewalk.

Fast forward 8 years later and Moroun has still ignored the $3,880 fine, as well as the city’s call for him to clean up the towers of trash, car tires, and natural debris that litter the “vacant”—yet very much filled—lot.

The virtual-landfill on the 522 Campbell property is just a three-minute walk from CHASS Southwest—a non-profit community center that provides comprehensive and affordable health care and support services to local residents.

Yet another Moroun violation—although it is one of the few that he has actually raided his piggy bank for—is 7900 Concord, a 3,300 square-foot lot sandwiched between two run-down homes and bordering southwest Hamtramck. In April 2015, he paid $250 for bulk solid waste accumulating on or about the premises.

In just a month’s time, a visit to Moroun’s 7900 Concord property shows that little or nothing has been done to remedy his original violation. Not only is the property overgrown with grass and weeds, and littered with large wood scraps, bags, tires and alcohol bottles, but it also sits next door to a home that has signs of family life: A satellite dish coming out of a window. A laundry basket filled with clothes. Children’s toys.

Perhaps the most iconic of his blighted properties is Michigan Central Station, the once majestic rail station that he purchased in 1988 and subsequently deserted, leaving it vulnerable to vandals, scrappers and the natural elements. In the 27 years of this former jewel’s blatant abandonment and neglect, Moroun’s DIBC only received one violation fine: in 2007 for an issue of zoning compliance—not blight.

It is a wonder how an average citizen has to worry about such a simple blight violation, while a “man on the Forbes Top 200 List – who owns the most important international crossing in the nation – is not held accountable,” said Rashida Tlaib, former Michigan House representative and a community advocate at the Sugar Law Center for Economic & Social Justice.

Dolente echoes the sentiments of Tlaib, and said that she found it “extraordinary in the recent announcement that the owner of the train station is receiving accolades for fixing his windows.  No one on my block got accolades or free land for simply doing what is their social responsibility.”

“There needs to be equitability across residents and businesses,” she said.

Questions of fairness are just one of the impacts and costs that blight imposes on cities—many of which are numerous and well-documented.

It is truths such as these that drive Mayor Duggan’s crusade to address blight—and rightfully so.

However, if he is to truly confront this issue, then perhaps he should stick to the eighth point of his Neighborhoods plan: to enforce and follow up on violations, while preventing habitually negligent and in-default property owners, such as Moroun, from obtaining more land. One would think that this measure should especially apply to three acres of riverfront property in the heart of a southwest Detroit community.

“If you have millions to build a bridge,” said Dolente, “then how don’t you have enough funds to maintain your land?”

Thank you for the revealing article.
A recent controversial issue is the Mayor supporting the Park Land Exchange deal with the Marouns. Clearly violating that 8th point of the Mayor's campaign plan. Community leaders, residents and youth came out opposing the deal in a half dozen public events. The Mayor enlisted his campaign supporters to provide plenty of public sound in support, claiming we need a "world class park for the kids". The offer in the deal is a measly $3 million plus $2 million "gift". At public meetings those opposing the give-away started world class parks require hundred million and likely more to develop and maintain.

The deal is a slap in the face to those wishing a vibrant future for our community. A meeting last night was held with city representation to discuss development concepts from the public. Over 150 ideas were brought from breakout groups. Perhaps 1/6 of those were within a budget of $5 million.

We pushed hard to get more money in the deal and were denied. The resulting bad deal with a blight violator is going to show how Mayor Duggan and his supporters continue to undervalue this city of Detroit and refuse a vibrant future for all.