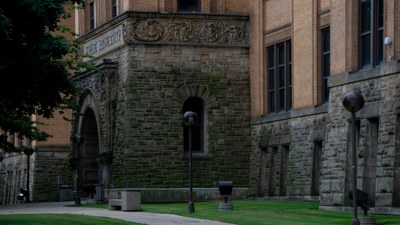 Virtual learning due to the COVID-19 pandemic has impacted students’ quality of education and course load, causing some to drop classes in the fall 2020 semester.

Most of the withdrawals happened in the last week of the withdrawal period, which is typical even in a “normal” term, Kruschinska said. Students tend to drop classes due to concerns about their academic performances and academic departments are looking for ways to respond with more options for students other than withdrawal.

Kruschinska said the continuation of the pass/no pass policy for the fall 2020 and winter 2021 semesters has and will continue to impact students’ withdrawal decisions.

“The impact that students most worry about, their GPA, can be mitigated if they choose to opt-in (the pass/no pass policy) for some of their classes,” he said. “So withdrawals might not be necessary.”

“One of the things we’ve been able to do is capture areas of concern and reach out,” he said.  “Our advisors have been fantastic in dealing with problems and continue to be a great resource for our students.”

The number of students who withdrew from classes in fall 2019 and fall 2020 was not provided to The South End by the Office of Registrar.

Monica Brockmeyer, WSU senior associate provost for Student Success, was interviewed on Dec.14, 2020. She said WSU will be looking at what did and did not work during the fallsemester.

“What I expect that we will do as soon as January hits iswe will take a look at outcomes from this fall and compare them to last year, especially for example some of the general education classes —how many students completed, how many students came back in January compared to a year ago,” she said. “This will bring a deeper understanding to this semester.”

WSU has compassion for students who felt their needs were not being met this past semester, Brockmeyer said. Many students had difficulty navigating virtual learning to find their assignments and deadlines.

Lilah Kole, a junior majoring in Information Systems Management, said she dropped her Business Tools and Apps class but did not receive a refund.

Kole could not learn properly without in-person teaching and the instructions offered in an on-campus setting, she said. Although dropping the class will offset her academic plan, she is in no rush to graduate.

“I know that my college career is only minorly set back from this and I am confident that I will be able to catch up since I take summer classes,” Kole said. “I am content with where I am in my field because I have a genuine interest in it, and I am not scared it will be more difficult due to this setback.”

“Like everyone else, I did the last half of the year online during the spring,” Nunez said. “That’s what really made me want to take this time off.”

As a film major, a big part of why Nunez attends class is because of the availability of the equipment and editing software, he said. As WSU transitioned to remote learning, he was no longer able to use the labs for projects and felt unable to learn at the same rate as he did prior to the pandemic.

Nunez said he lacked the proper equipment for his final film project and was unable to film and edit to the extent of the class’s criteria.

“I lost a lot of points for having to edit on less professional editing software,” Nunez said. “I’m sure they’ve changed their grading standards since I’ve been gone but that really took a hit to my end-of-the-year grade.”

Nunez talks with many of his friends about how rough virtual learning is, he said.

“The idea of spending that much money on a video call just to get a bad grade absolutely turned me away this year,” Nunez said.

“I think because we are still going to be learning about what this semester was like, and also learning what our incoming class for next year is going to need, I can just imagine that incoming freshmen are going to have a lot of additional needs that we need to support,” she said. “I imagine there is going to be a lot of work as a university.”

WSU had anticipated students would like the flexibility of asynchronous classes, but they would miss the chance to connect with other people, Brockmeyer said. Professors even opened their Zoom meetings early or kept them open later during synchronous classes so students could socialize.

Kruschinska said he is happy WSU postponed in-person classes until February at the earliest, based on the state of the pandemic.

“I think the faculty, administration and staff have been especially cognizant of theimpact on our students and we have done our best to respond as early and as effectively as we can,” Kruschinska said.