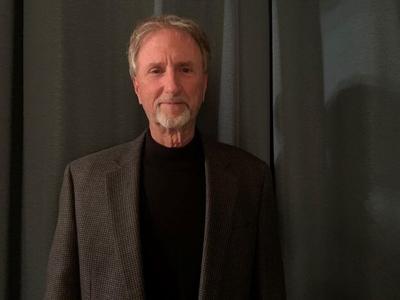 In 1973, he led his team in all six offensive categories his junior season and carried a fourth-highest .606 slugging percentage.

While possessing strong skills as an athlete, Madeja’s impact was largely felt off the field.

Whether it was scouting the next slew of big league talent available or coaching a youth baseball and basketball team, Madeja changed the lives of young athletes.

After WSU, Madeja began an assistant coaching job for the Bishop Borgess High School baseball team in 1976, which would only be the beginning of his coaching career, he said.

Madeja was then hired on as the varsity basketball coach at Dearborn St. Alphonsus from 1977 to 1979, after his stint at Borgess. During baseball season he also coached the West Seven Youth Baseball team.

Madeja led the West Seven Youth to state, regional and national championships between 1976 to 1978, and he said the team’s talent was a huge piece of the reason they were so successful.

“We had a really good team during that time,” Madeja said.

The success with the youth baseball team led to the Detroit Tigers hiring Madeja as their area scout, an opportunity too good to pass up, he said.

“Detroit figured I had an eye for talent, so they hired me,” Madeja said.

Madeja would scout from 1978 to 1988 for the Detroit Tigers, recruiting four Major League Baseball athletes, including John Smoltz.

Smoltz, an eight-time all-star, World Series Champion and Cy Young Award winner, was selected in the 22nd round of the MLB Draft in 1985.

Mick McCabe, a former writer for the Detroit Free Press and friend of Madeja, said he remembered a time during the 1985 draft where the Boston Red Sox selected right-handed pitcher Dan Gabriele out of Walled Lake, Michigan.

“I was giving him crap asking him how he let the Red Sox get a kid out of Walled Lake, and he said how we got a guy in the 22nd round that was going to be better,” McCabe said.

Madeja had all the confidence in the world in Smoltz, comparing him to an all-star pitcher, McCabe said.

“He said we got our (Bret) Saberhagen,” McCabe said.

McCabe said the Smoltz signing was an example of how efficient Majeda was at his job.

“He was smarter than everybody else. He knew how good Smoltz was going to be,” McCabe said.

“He’s a stand-up guy. I don’t know anyone that’s worked as hard as him,” McCabe said.

In 1988, Madeja left the Tigers and was hired by the Seattle Mariners as an area scout. Madeja said his time with Detroit had concluded and Seattle had a more enticing offer for him.

“They doubled my pay and cut my territory in half,” Madeja said.

During his tenure with the Mariners from 1988 to 2016, Madeja signed 11 major leaguers, including all-star pitchers J.J. Putz and Derek Lowe. Putz, a reliever for the Mariners from 2003 to 2008, said he owes a great deal to Madeja.

“If it wasn’t for Ken Madeja taking a shot on a kid from Trenton, Michigan, I wouldn’t be here. I owe a lot to Kenny,” Putz said.

Putz was drafted in the 6th round by the Seattle Mariners, where he met Madeja and developed an instant relationship, he said.

“(He’s) the first guy that would ever take a chance on me and check on me. A guy that truly cared about every kid,” Putz said.

Madeja was honored as the Topps Baseball Scout of the Month in the 1994 and 1998 season and Seattle Mariners Scout of the Year in 2003, which earned him a spot in the Legends of Scouting in 2016.

“He’s a high character guy and has a true love for baseball. He deserves everything he gets,” Putz said.

When he retired, Madeja left behind a legacy of MLB athletes under his name, but more than that, a stepping stone for student-athletes at WSU to observe. Ryan Kelley, WSU baseball head coach, said Madeja has shown students how to strive and achieve their goals in difficult job fields.

“He’s a shining example for someone who might be a Wayne State student,” Kelley said.

Madeja has set a precedent for what it means to be a WSU Warrior, Kelley said.

“He’s very passionate about helping others. He’s a great example to the student body,” Kelley said.

Kelley said he admires how Madeja carries himself, making time to return to WSU to speak with the baseball team.

“He’s very humble and he never forgets where he comes from. I’ve always been thankful for him coming back to Wayne State,” Kelley said.

Madeja hung up the scouting and picked up the clubs in his retired lifestyle in 2016.

“For me to leave at that time was good timing. Now I get to enjoy golfing and watching my grandkids,” Madeja said.