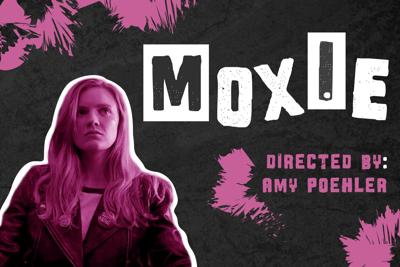 Many public school high schoolers face an ever-changing world in which they fight for their voices to be heard. Their minds are evolving and so are their opinions and beliefs. This is a prime time where radicalization can occur.

"Moxie" is about a teenage girl starting an alternative newspaper about women’s rights. The newspaper gains awareness throughout the high school and later becomes very popular amongst the general population of girls in the school. It conquers topics such as the double standard for school dress codes, sexual assault, rape and self-image.

When I was in high school, I was the victim of a sexual assault. So, to see the character Lucy dealing with harassment I felt like I was basically looking through a mirror. Instead of an assault though, there was practically hazing.

When the character Lucy brought up the harassment to the principal of the high school, Principal Shelly immediately dismissed it. She acted as if it was something that could be worked on between Lucy and herself instead of something that needed to be discouraged through punishment.

During my sexual assault case, my teacher —who I first told of the assault— acted as if it wasn’t a big deal. As I proceeded up the line of superiors, the school eventually told my assaulter to not show up to school for three or four days. There was no actual punishment and nothing was put on his record.

When Vivian spoke to Lucy after the meeting with Principal Shelly, Vivian told Lucy to just “ignore [Mitchell]” and that “he’s just annoying.” Lucy reminded Vivian that Mitchell is dangerous and that annoying could be code for something else.

As the day continued in the movie, a list of names and categories came out. Lucy got put in a category that called her a derogatory slur for pushing back against Mitchell’s power. I couldn’t help but relate.

Victims of harassment, sexual violence and assault have constantly gotten backlash for coming out about it. This backlash is started by those that are complacent and by those that will defend the perpetrator. A great example of this would be Megan Thee Stallion when she came out about being shot in the feet by Tory Lanez.

Going back to my experience in high school, when I came forward about being sexually assaulted, I was told that I would be ruining the boy’s chance to get into the University of Michigan. I was also told that I was a liar and that I was just looking for attention. Like Lucy, I kept my head up.

The problem that I wanted to focus on was the school superior’s reaction to the allegation. Principal Shelly didn’t just dismiss the allegation, but she adamantly denied that it actually happened. She told Lucy to stop using the word “harassing” so that she wouldn’t have to fill out paperwork.

Principal Shelly asked beforehand if Lucy was really having a problem with the captain of the football team, as if his position in the social hierarchy at the school had anything to do with him being a good or bad person. Not to forget that the principal went on a little spiel about how women are openly discussing how they are being oppressed now. Yes, let’s not forget that.

Public schools are, in my opinion, terrible at dealing with these kinds of cases. They allow their own biases to get in the way of rational decision and investigation. Although I can’t say much since the American court system is very much flawed. It is flawed enough to allow Brock Turner to walk out of a courtroom with a slap on his wrist.

These kinds of cases set precedents for those to come. That is why public school systems need fundamental changes. Blaming girls for boys getting distracted by the way that they dress instead of teaching boys that sexualizing people is wrong. Public schools barely even teach sex education. They are infamous for not following through with sexual violence cases as well.

If I and many other victims got the justice that we all deserve, then I would not be sitting here on a Saturday evening writing a piece circling around the topics of feminism, sexual violence and toxic masculinity. I wouldn’t be writing about how schools should not be satisfying a patriarchal society instead of actually taking a step back and looking at those hurt by that rule. Schools are meant to teach. Education is supposed to be revolutionary —something we fought for.

Why are schools still looking back into the past?