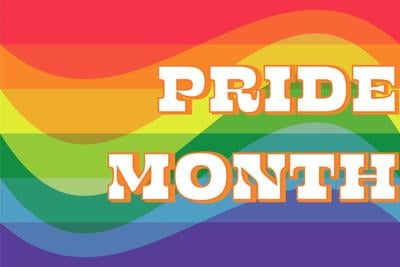 Pride Month is about celebrating the inclusion of all people who identify as LGBTQ. There has been controversy over the month since former President Bill Clinton recognized it in 1999.

Actually, any month dedicated to a specific identity has been controversial since before I’ve been alive. An example of this would be Black History Month with white nationalists and racists asking what would happen if white people had their own history month. My only question is: what would we celebrate? Colonialism, imperialism and ethnic cleansing?

Anyway, Pride Month has been under fire for quite some time, but for people like myself, it is a month to celebrate.

I’ve realized I’ve been bisexual since I was in middle school, but I was too afraid to admit it to myself that I became internally biphobic. I was so disgusted with myself because I grew up in a religious and conservative household.

I first came out to my mother when I was around 16 years old. I had discussed bisexuality with her before then and she didn’t quite understand it. In fact, what she thought about bisexuality was biphobic. She believed people that are bisexual are cheaters, polyamorous and messy with their sex lives.

All or none of that could be true for anyone, not just people that identify as bisexual. Almost every biphobic post on Twitter that I’ve seen is about not picking a side or picking a side and completely erasing the rest of our identities. A couple examples of this would be: “If you’re a bisexual woman, then why are you dating a man?” or “I can’t believe you chose a man over a woman to date.”

Statements like those are hurtful in the most serious ways. First of all, offering the inquiry of how a woman is still bisexual if they are dating a man is erasure. Secondly, we do choose who to date, but we do not choose who we have feelings for. Bisexuality comes in many different forms and that person might have a more romantic attraction towards men than any other gender.

Being LGBTQ means that one continuously has to fight for the right to live one’s life. The community is always fighting, specifically against religious and conservative folk, for rights like the right to have same-sex marriage or just being called by their correct pronouns.

Either way, we could be fighting against the people that we used to or still love.

For instance, my grandmother voted for former President Donald Trump. His picks for the U.S. Supreme Court do not support same-sex marriage and Trump himself has even stated that he believes marriage should be between a man and woman.

One thing that I am weary of telling my family about is my gender. I consider myself genderqueer in a way where I like she/they pronouns. My family — including my grandmother, stepfather and mother — already has trouble with the pronouns of my pets, which are a female dog and a male cat.

I don’t want to spend the time trying to explain to them that sometimes I don’t feel like a whole woman, but at other times I do. That’s just confusing, especially for old folk that aren’t used to the LGBTQ community. Explaining pronouns in general can be confusing for some.

Another thing I’d like to point out is the sexualization of women loving women relationships. My sexuality was sexualized by my ex to the point of where he liked to see me make-out with other women at parties, but only per his permission. When I asked him if I could kiss other men, he denied me that option.

He expected me to be polyamorous with women, as if I was his Barbie doll, but would not allow me to fully be polyamorous at the expense of his pride.

I’ve noticed that a lot of women that love women face this sort of expectation from men and it’s quite disgusting. If they don’t do what men want, they either get called derogatory slurs or, in some cases, get physically harmed.

If we hold others up to the same standards that we hold ourselves to, then people might learn — with a little frustration and rolling of the eyes. Even if it means individuals might give you a bad name, it’s worth correcting them when they’re wrong.