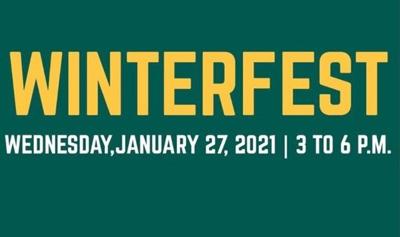 Wayne State University’s annual WinterFest was held virtually due to the COVID-19 pandemic on Jan. 27.

“It's actually very comparable in-person,” Shamoun said. “We have roughly between 100 and 150 organizations because we typically do it in the ballroom on campus, and that space is a lot smaller than Gullen Mall, outside like FestiFall.”

Student organizations and DOSO have had difficulty reaching students, Shamoun said. While WinterFest usually helps students engage, the event being virtual made it more challenging.

One of the biggest challenges is “communicating and advertising to students” that events like WinterFest are taking place, and making sure student organizations know what’s going on, Shamoun said. “The biggest communication method that we utilize is email, and students are getting a lot of emails so we just hope that folks are not passing up the opportunity to get involved.”

Shamoun said freshman students were most affected by the lack of in-person activities.

“That's one of the biggest things we've heard, that students are missing connection. Especially for their first-year students, they're not being able to necessarily directly connect with new students, meet new friends because we're in this virtual environment,” Shamoun said.

Student organizations said they were still excited to engage with interested peers.

Organizers of Students Sharing Success said they remember how WinterFest operated pre-pandemic and were not as confident in the success of the event’s virtual format.

“Honestly, if we just put a post on Academica, we're probably going to reach way more people than having this WinterFest,” said Thomas Shimmel, S3 peer mentor. “It has nothing to do with WinterFest itself. It’s that WinterFest in a virtual format is kind of like close to useless for us. I'm not dissing WinterFest at all. I'm just saying in terms of people actually clicking on the WinterFest profile and scrolling all the way down to ‘s’ to find our group. That's kind of like impractical, it's probably not going to happen.”

“Each month we hold a meeting with our members, and we conduct presentations on various topics, typically topics that they've chosen for themselves,” Anderson said. Subjects include money management, healthy eating, exercise, essay writing, organizational skills and how to access WSU student services.

“I will say, too, even though it's been challenging in a virtual environment, we still have had three consistent students come, and that, to me, is a really great success,” Ramos said. “Another thing we've been doing is we have fun events throughout the semester. In the fall, we did a virtual film screening, we had a trivia night and we plan to have another virtual film screening in February too.”

Whether virtual or in-person, WinterFest’s purpose is to bring people together, Shamoun said.

“The best outcome that can come out of this is that students meet at least one other person,” Shamoun said. “They have a new friend, have a new network, a new contact. Of course, the point of WinterFest is to get engaged with a student organization and find something that really they belong with, whether it's a hobby or academic base or an interest, but for me, beyond that, if they just meet one other person, whether they join an organization or not, to have another friend at Wayne is one of my biggest things.”