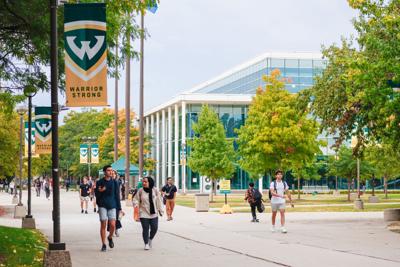 The man arrested for fondling five students on campus on Oct. 10 was identified and charged with five counts of assault Monday.

Wayne State Police arrested Frederick Barnett, 58 of Detroit, after reports emerged of four women being grabbed without consent in various buildings across campus, according to previous reporting by The South End.

Original reports from WSUPD’s Crime Prevention Section said four women were assaulted and the oldest victim was 22 years old. However, after investigation the Wayne County Prosecutor's Office said there were five women assaulted ranging from 18 to 19-years-old.

Barnett is being charged with assaulting five women on campus, three 19-year-olds and two 18-year-olds, according to a release sent by the Wayne County Prosecutor's Office yesterday.

He was given a $10,000 bond for the charges. If released, Barnett will be on house arrest with a GPS tether and is prohibited from all college campuses.

Barnett has a probable cause hearing for the sexual assault charge on Oct. 24 before Judge Kenyetta Stanford-Jones. A preliminary examination is scheduled for Oct. 31.

The South End is continuing to cover this ongoing investigation.

Marina Johnson is a contributing writer for The South End. She can be reached at marina.johnson@wayne.edu.

Cover photo by Alivia Vandale. She can be reached at gw8302@wayne.edu.