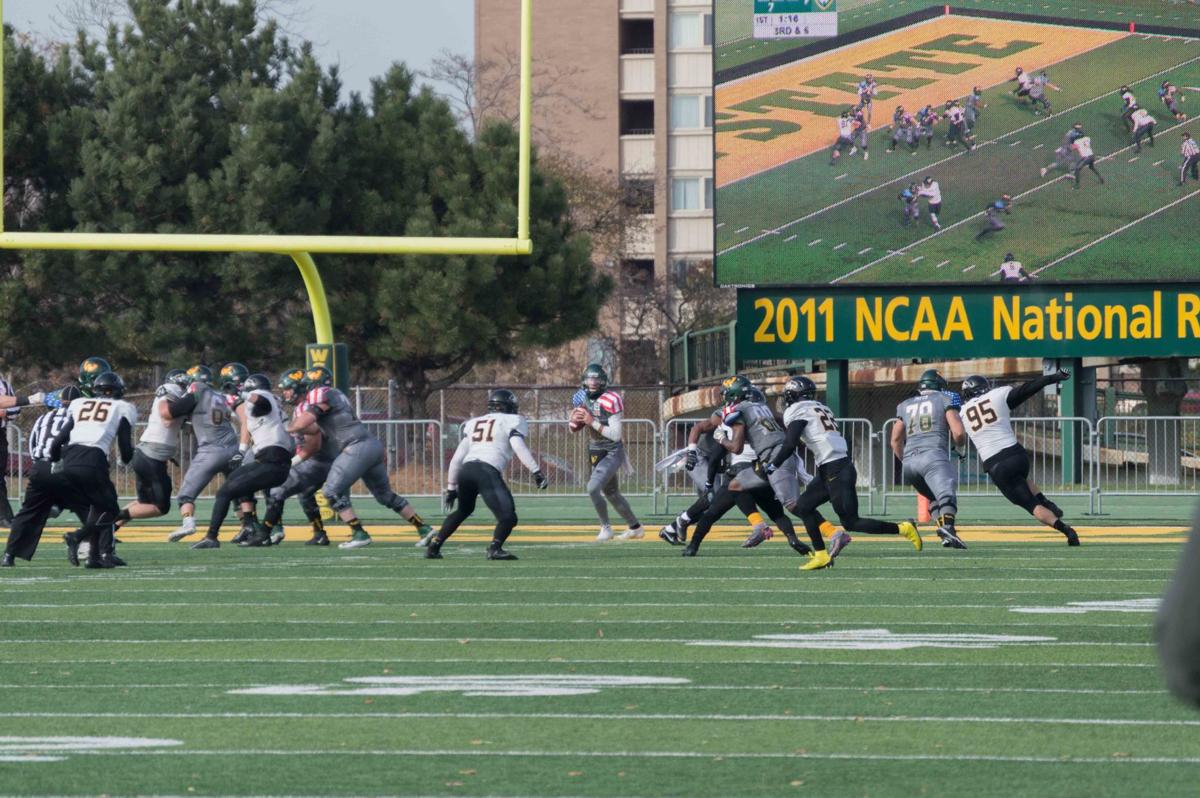 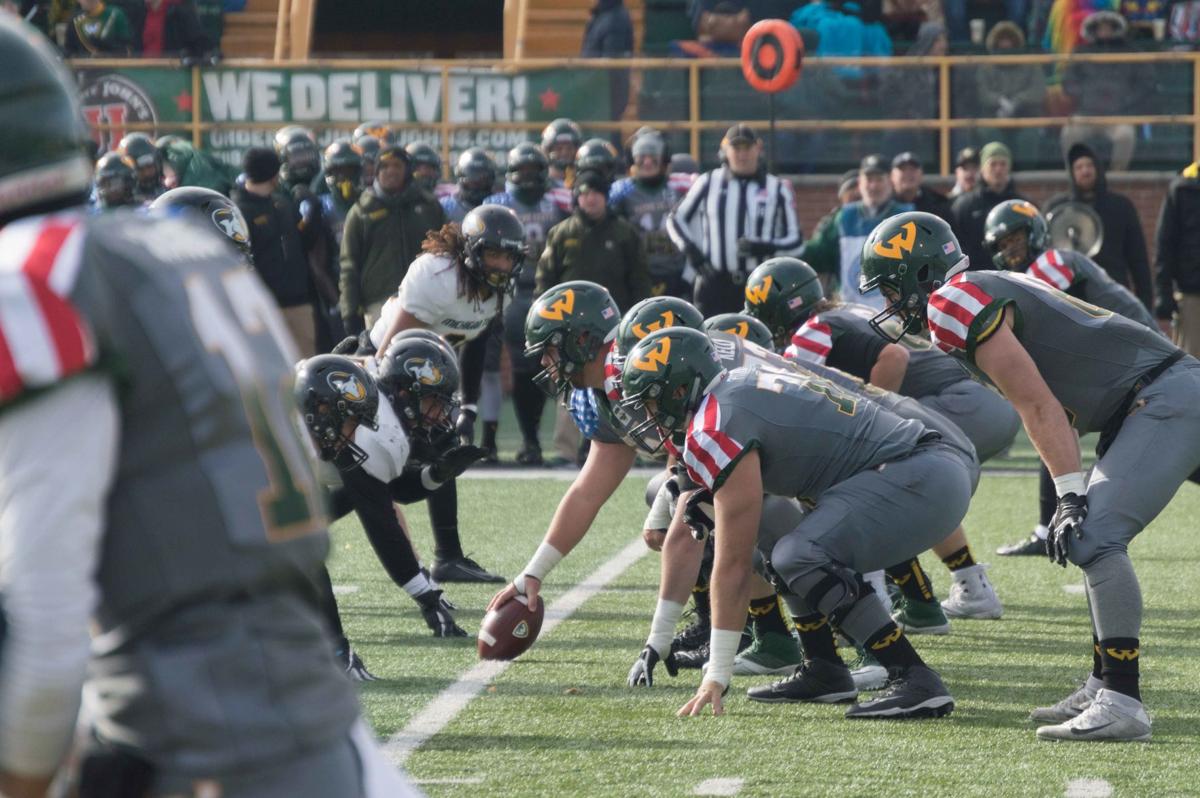 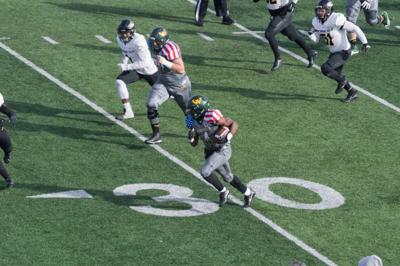 WSU found the end zone on their opening possession as senior running back James Hill scored his team-leading 12th touchdown of the season on a six-yard touchdown run, giving the Warriors a 7-0 lead.

As WSU did with their first possession, Michigan Tech took its first chance with the ball and scored a touchdown to tie the game at 7-7, which remained the score after the opening quarter.

WSU reclaimed the lead in the second period as senior quarterback Dakota Kupp scored on a 21-yard touchdown run to give WSU a 14-7 lead.

The turning point of the game occurred on the Huskies next drive as they picked up three first downs and drove to the Warriors’ 22-yard line. After a short completion and two incomplete passes, redshirt freshman linebacker Julius Wilkerson posted a quarterback sack, forcing MTU to turn the ball over on downs.

On the next play from scrimmage, Kupp found senior wide receiver Darece Roberson Jr wide open in the secondary for a 65-yard touchdown, extending WSU’s lead to 21-7.

Kupp and Roberson connected again on a 29-yard touchdown pass late in the first half to increase WSU’s advantage to 28-7.

Both defenses controlled the action for most of the second half before MTU scored on a five-yard touchdown run to cut WSU’s advantage to 28-14 halfway through the fourth quarter.

WSU scored the final points of the game as sophomore linebacker Brandon Tuck-Hayden intercepted a pass in the end zone, restoring WSU’s three-touchdown cushion and sealing the victory.

After the game senior defensive end Jalen Lewis said the defense looked to rise to the challenge versus the Huskies.

“We knew that they were gonna be very physical and we knew they were a run dominant type (of) team, so we just knew our front line had to bow up the whole game and just play more physical than them,” Lewis said.

For the game WSU’s defense posted eight sacks and notched 15 tackles for a loss. Lewis said it was rewarding to see the defensive line have such an impact on the game.

“We work hard as a defensive line to just go out there and dominate our opponents and when we get to do that it’s a great feeling,” Lewis said.

Head coach Paul Winters said the ability of the defense to stop the opponent’s running game has been one of the factors in the team’s current hot streak where they have won seven of its last eight games.

“Michigan Tech ran the ball extremely well I thought but ultimately it’s hard to just move the ball down the field against us unless you get some chunk plays,” Winters said. “They were able to defend the pass probably better than what we have previously so when you play good defense you have a chance to win.”

Kupp completed 12 passes for 202 yards and no interceptions, while Roberson caught six passes for 121 yards and graduate running back Deiontae Nicholas rushed for 105 yards to pace WSU on offense.

Next week WSU will face Grand Valley State University in the regular-season finale. Winters said the message for the team in preparation for the game will be pretty succinct.

“We’re playing Grand Valley for second place in the league. That’s as simple as it gets (and) that’s all we’re gonna say,” Winters said.

Cover photo by Jonathan Deschaine. Jonathan is the multimedia editor for The South End. He can be reached at jonathan.deschaine@gmail.com