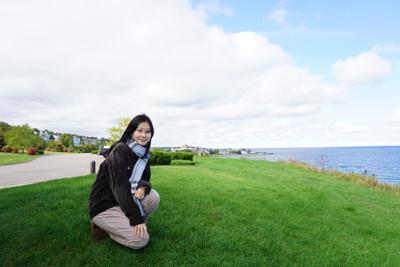 We are all going through a tough time during the COVID-19 pandemic, but it is especially difficult and emotionally draining for international students. It began with Asians being scapegoated for the spread of the virus.

Although I registered for an in-person class for the Fall semester, the regulation affected me in a way that made my life full of uncertainty. It was a warning that indicated that international students are not welcomed during this period.

I told myself to just hope for the best and expect the worst amidst the uncertainties. I knew I was not alone when I saw the news. Wayne State joined higher education institutions and associations from across the country, calling for changes to these unfair and impractical policies and mobilizing to advocate on behalf of international students.

Although the ICE regulations were rescinded eight days later, it did change some international students’ plans regarding the fall semester, and even the following year.

Hui, a senior majoring in computer science at WSU, said she chose to return to her home country as a result of the ICE decision. She asked that her last name not be included in the story.

“I made my decision immediately after the ICE release on July 6, so I paid twice the normal price to get my flight ticket in the midst of international lockdowns.”

Hui said she needs to stay up late this semester. Her classes, scheduled for early afternoon in Michigan, will take place at 2 a.m. in her city.

“I spent almost a week making travel arrangements and then ICE withdrew their restrictions,” she said. “It’s good news, though I still decided to leave because it’s not clear whether ICE will propose a new rule or not.”

She said she isn’t sure if she’ll be able to return for the next semester.

“My visa expires in December this year,” Hui said. “While I still want to pursue a graduate degree in Wayne State, it has become quite difficult for a Chinese student to apply for a new U.S. visa, especially for those studying in science, technology, engineering and mathematics fields.”

ICE’s decision is not the only problem international students are facing nowadays.

Earlier this year, several news outlets reported that some U.S. senators urged ending the Optional Practical Training. This program offers foreign students an extended visa to accumulate work experience through employment and internships in the United States, for up to three years after graduation.

In group chats on WhatsApp and WeChat, an increasing number of WSU international students recently indicated they are planning to go back to their own country.

“The lasting impact of such a careless policy is perception, the perception that the U.S. doesn’t want foreign students,” Bashyam said.

International students are caught in the swirl of political power play between countries and I feel we are just ‘political pawns’ among these conflicts. What makes me upset is that I can do nothing but try my best to adapt to the situation.

I am still in faith with what I have learned in my English class during my middle school years: “The United States is a melting pot that will embrace people and culture from all over the world.”

Bowen Dong is a contributing writer for The South End. She can be reached at bowen@wayne.edu.