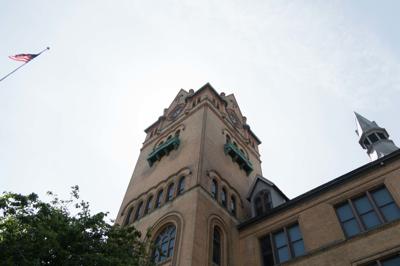 A Twitter account was created on June 3, which posts sexual violence allegations submitted anonymously by individuals affiliated with WSU. The posts include direct messages it receives and an image of the alleged assaulter.

Wayne State ASSAULTERS was made after its creator saw women sharing their stories of sexual violence on social media, she said via direct message on Twitter. The anonymous creator — whose identity could not be confirmed by The South End — said reading the stories made her think of all the women at WSU with similar stories.

“Unfortunately, I am one of those women who fell victim to sexual assault on WSU’s campus. I did not speak up for years out of fear and I guess you could say I still have that fear because I’m speaking on it via an anonymous account,” the creator said. “My experience made me want to give others a place where they could speak out without fear.”

The account was reported by users and Twitter removed it on June 4, citing posting spam as its reason, according to the account’s creator. When the account was removed, she created a new account called Wayne State Assaults. The original account was later reactivated on June 5 and made private.

WSU is investigating the allegations made on the Twitter account, WSU Director of Communications Matt Lockwood said. He said anyone with information should reach out to the Title IX coordinator.

Similar activity on social media has been reported by other Michigan institutions and across the nation, WSU Title IX Director Brandy Banks said.

WSU’s office of marketing and communication — which monitors the university’s social media— first became aware of the Twitter page on June 3, Dean of Students David Strauss said. Following protocol, the Title IX office and Office of the Vice President and General Counsel were notified.

WSU must comply not only with state and federal law in their investigation, but also the WSU student code of conduct, Strauss said.

“We have to do our due diligence,” he said.

Reporting an incident of sexual misconduct to the university does not have a statute of limitations, according to WSU’s Title IX office website. Sexual misconduct can be reported no matter how long ago it may have occurred.

“When the Title IX office receives an incident report, I reach out to the affected individual,” Banks said. “Our immediate concern is ensuring the individual’s safety and wellbeing.”

The Title IX office also can refer people to support, counseling and advocacy resources —available on and off campus, Banks said. They also answer questions about reporting and help people understand how to file a formal complaint with WSU and law enforcement.

More than 95 people were given assistance by the Title IX office last year, individuals affected by sexual and interpersonal violence, Banks said. Measures taken include changing work and class schedules, restricting contact between parties, changing work or housing locations and training within departments.

WSU Police Chief Anthony Holt said the department is also investigating allegations made on the Twitter account. Victims are encouraged to call WSUPD.

“We’ll treat you with confidentiality, but we take this very seriously,” Holt said. “It doesn’t matter if the person is not a student here now. If something happened when he was a student or if the victim says they were assaulted we want to know.”

Holt said WSUPD received information regarding the Twitter account. As of June 8, no reports from victims were filed.

“If there’s victims that wish to come forward, please do,” he said.

Regardless of whether a report has been filed, WSUPD are looking into subjects mentioned in the tweets, Holt said. This includes reaching out to the person via phone and email.

If the individual does not respond “when he comes home we’ll be sitting at the doorsteps,” Holt said.

WSU faculty and staff are responsible employees, obligated to report incidents of sexual misconduct to the Title IX office, according to their website. Confidential employees in the Campus Health Center and Counseling and Psychological Services are the only exception to this.

This obligation of responsible employees to report an incident of sexual misconduct involving a WSU student or employee pertains to when a disclosure is made to them in their professional role, Banks said.

“While this requirement does not extend to general postings on social media, I would still urge anyone seeing such a post to encourage the victim to connect with resources, including but not limited to the Title IX office,” she said.

According to information compiled by the Rape, Abuse and Incest National Network, sexual violence on college campuses occurs more often than other crimes. These incidents often go unreported to law enforcement.

The creator of the Twitter account said she thinks seeing people speak out against sexual violence “gives others the courage to do the same.” Those who share their stories with the account are encouraged to speak with someone, such as a professional, who can help with their healing process.

“Sexual assault can lead to a sense of paranoia, at least for me it did,” she said. “I was afraid that if I spoke out, no one would believe me and the person who assaulted me would frame me as this liar.”

Apart from other unspecified reasons, RAINN said believing an incident of sexual violence is a personal matter or a fear of reprisal are some of the main reasons for not reporting.

According to WSU’s Title IX website, a report or complaint can also be filed regarding retaliation for reporting a sexual misconduct incident or participating in an investigation.

In a  statement posted to Instagram on June 4, WSU PSA said it was not aware of alleged cases of sexual violence involving members.

“We do not condone nor do we tolerate this at all,” the statement said. “No individual who has been accused of sexual misconduct, assault, or harassment is welcome to this organization nor are they welcome to any of our events, group chats, Instagram, etc.”

WSU PSA also created a Google form, allowing people to anonymously reach out regarding members, according to the statement.

In a June 4 statement posted on its Instagram, NPHC said it was made aware of allegations of sexual misconduct regarding current and former members. Other NPHC chapters at Michigan universities were also made aware of accusations against members.

“While we can neither confirm nor deny any of these allegations, we acknowledge that situations such as these happen all too often which is why we have taken a zero tolerance stance on Sexual Assault and misconduct.”

WSU Muslim Students' Association released a statement on its Instagram on June 6, condemning allegations of “sexual assault and/or harassment" involving members of the campus community.

Their statement encouraged others to take action against injustice and to strive to make WSU a safe community.

“There is absolutely zero tolerance for actions like this from any and all such people. We extend our support and solidarity to those who have been affected directly and indirectly by these distressing and painful experiences,” WSUMSA’s statement said.

“We can only imagine the immense amount of courage required to share such stories. This incredible feat of strength encourages all of us to actively seek positive change, and to commit ourselves to working together to develop a safer, kinder, and stronger community.”

Anyone who has experienced an incident of sexual misconduct can contact WSU’s Title IX office at  313-577-9999 or titleIX@wayne.edu. WSU, regional and national resources can also be found on their website.

Cover photo by multimedia editor Jonathan Deschaine. He can be reached at jonathan.deschaine@gmail.com.