Skip to main content
You are the owner of this article.
Edit Article Add New Article
You have permission to edit this article.
Edit
Welcome, Guest
Home
News
A&E
Features
Sports
Perspectives
Multimedia
Print Editions
Write for us!
1 of 3 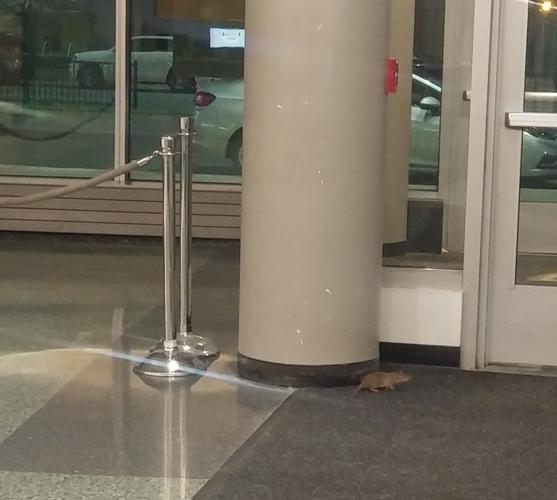 A rat was spotted in the lobby of the Welcome Center on Monday. Photo by an anonymous employee. 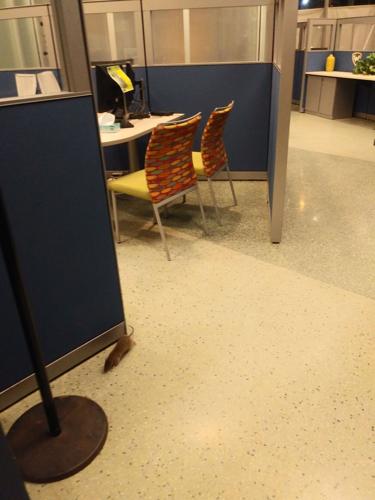 Rat spotted in the Welcome Center on Friday at 6:01 p.m. 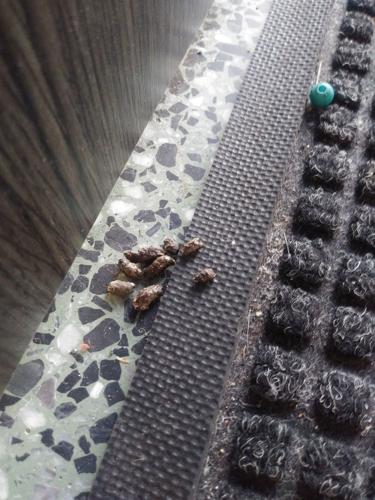 Rat droppings were spotted across the lobby of the Welcome Center on Monday. Photo by an anonymous employee. 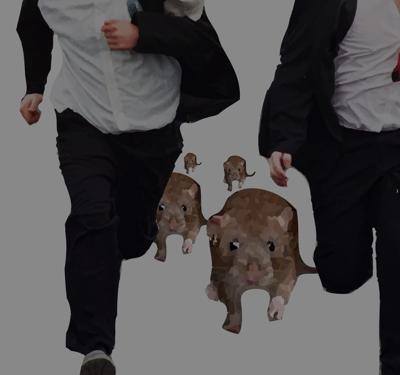 Welcome Center employees are speaking out against a months-long rat infestation with an online petition launched Thursday. Wayne State Facilities Planning and Management sent an email to the campus community on Saturday announcing an immediate closure for "maintenance" through Nov. 28.

It is unknown if the "maintenance" closure is related to the rat sightings. FPM could not be immediately reached for comment Saturday.

The infestation was presumably caused by the construction directly outside the building, said the employee.

“Not to throw anyone under the bus, but our higher administrators have been incredibly passive in addressing said issues,” they said.

The petition includes a list of five locations where rat droppings were spotted on Tuesday and includes photographs.

After bringing the situation to WSU’s attention, the anonymous employee said they were told by the administration: “the building will be ‘thoroughly cleaned’ for the President’s watch party later this month.”

The petition states Welcome Center employees have been aware of the rats since September.

“During this time, students, staff, and guests have encountered rats roaming various areas of the first floor of the Welcome Center,” according to the petition.

Vice President of Communications Matt Lockwood said he was made aware of the issue on Thursday, while FPM has been actively fighting the rat problem and believe they have it solved.

“Animal monitoring stations have been put in the building and no activity has been detected for a few days,” Lockwood said. “At this point, we believe that remediation efforts have been successful, however, we will continue to actively monitor the situation.”

According to the petition, at least four work orders have been filed with FPM since September.

“We know that several large rats have been caught, but smaller rats like the ones pictured in this letter remain inside the building…additionally, on a quick scan of the first floor, rat-dropping piles can be found in broad daylight,” according to the petition.

The petition states that employees have concerns about contracting Hantavirus, which is transmitted through direct contact or inhalation of dried rat saliva, droppings or urine, according to the Centers for Disease Control and Prevention.

“There is a risk of death (with Hantavirus),” said the anonymous employee. “There is a blatant disregard for the health of our employees, especially since they have been voicing their concerns for over a month.”

In order to fight the rat infestation, Lockwood said FPM eliminated the majority of the rats through exterior remedies.

The employee said new rat droppings were spotted on Friday and they were able to photograph a rat on the main floor Friday evening at 6:01 p.m.

“No student should have to see a rat in a student-oriented, service-providing building at Wayne State University,” said the anonymous employee.

Amelia Benavides-Colón is the editor-in-chief for The South End. She can be reached at editorinchieftse@gmail.com.

Cover photo provided by Hannah Sexton, graphic designer for The South End. She can be reached at go0353@wayne.edu.