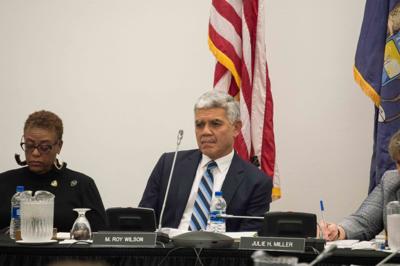 Wayne State President M. Roy Wilson said the school will most likely not open for face-to-face classes in fall 2020 during a tele-town hall with other presidents from Michigan State University and University of Michigan on April 23.

Wilson said WSU’s campus will likely remain closed through the fall 2020 semester, and the university is making plans accordingly.

“We’re likely not going to reopen in fall. We’re going to plan for having to do it online,” Wilson said. “This semester a lot was remote teaching not online; not exactly the same as online learning. We're developing online classes now, assuming that we’re not going to be able to do face-to-face teaching in the fall.”

President Samuel L. Stanley said MSU is also planning for the probability of having to do online instruction in the fall semester, while UM President Mark Schlissel expressed optimism for welcoming students back on campus.

Schlissel said he expects COVID-19 to remain for the next couple of years until a vaccine or a drug is developed to ameliorate symptoms — or until everyone becomes immune.

All three university presidents have professional backgrounds in the medical field and research, which they expressed are helpful in a crisis like this.

Schlissel said the COVID-19 pandemic has caused the merit of research to really stand out.

“One of the things this pandemic points out is the value of our nation’s investment in research institutions,” Schlissel said.

“One of the things that we’re thankful for at WSU these days, though we’re usually envious, is that we don't have a hospital we own; we don't have big-time Division I athletics,” Wilson said. “We turned our housing over to a private entity a couple years ago. They took over and assumed all of our debt, so we don't really have risk there. We’re going to do a little bit better in terms of our risk exposure, but no university will be unaffected.”

Wilson sent an employee-wide email on April 23 stating he would take a 10% pay reduction while deans and his executive team would take a 5% reduction. Their reductions will be going to the Student Emergency Fund.

The three university presidents also serve on the Michigan Economic Recovery Council, which advises Gov. Gretchen Whitmer on the best path for reactivating Michigan’s economy. Schlissel said their work is based on data, determining how risk factors play out across industries and regions of the state.

“(It’s) going to be a data driven recommendation. We've divided industries into low, medium, high risk based on data,” Schlissel said. “Based on risk categories looking at the process of how things can be opened up in a safe way.”

Each university is working to combat the spread of COVID-19 through research and other means. MSU is working on getting a molecular test approved by the Food and Drug Administration, which Stanley said is “much more effective than those currently available."

According to Wilson, WSU is working to increase access to testing in Detroit by expanding its drive-thru testing program through a partnership with Ford Motor Company. Ford is providing cars so tests can be administered to hot spots across Detroit.

Another topic was the health disparities during this pandemic, particularly affecting low-income communities and communities of color. Wilson said the higher rates of death from COVID-19 among African-Americans will hopefully raise awareness of the deeper social inequities driving this disparity.

“It's that these tragic deaths wakes up our consciousness and allows us as a society to move more urgently to address some of the underlying issues that are causing some of the more acute problems (now),” Wilson said.

Jenna Prestininzi is a correspondent for The South End. She can be reached at jennap@wayne.edu.