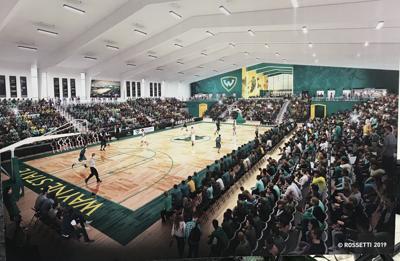 Wayne State’s Board of Governors unanimously approved plans to construct a $25 million arena for the men’s and women’s basketball team in partnership with the Detroit Pistons.

The arena will be 70,000 square feet and will have 3,000 seats. There will be one main court that can be divided into two courts.

The new arena will be located west of Lot 50 off Warren Avenue between Trumbull Avenue and the Lodge Service Drive. 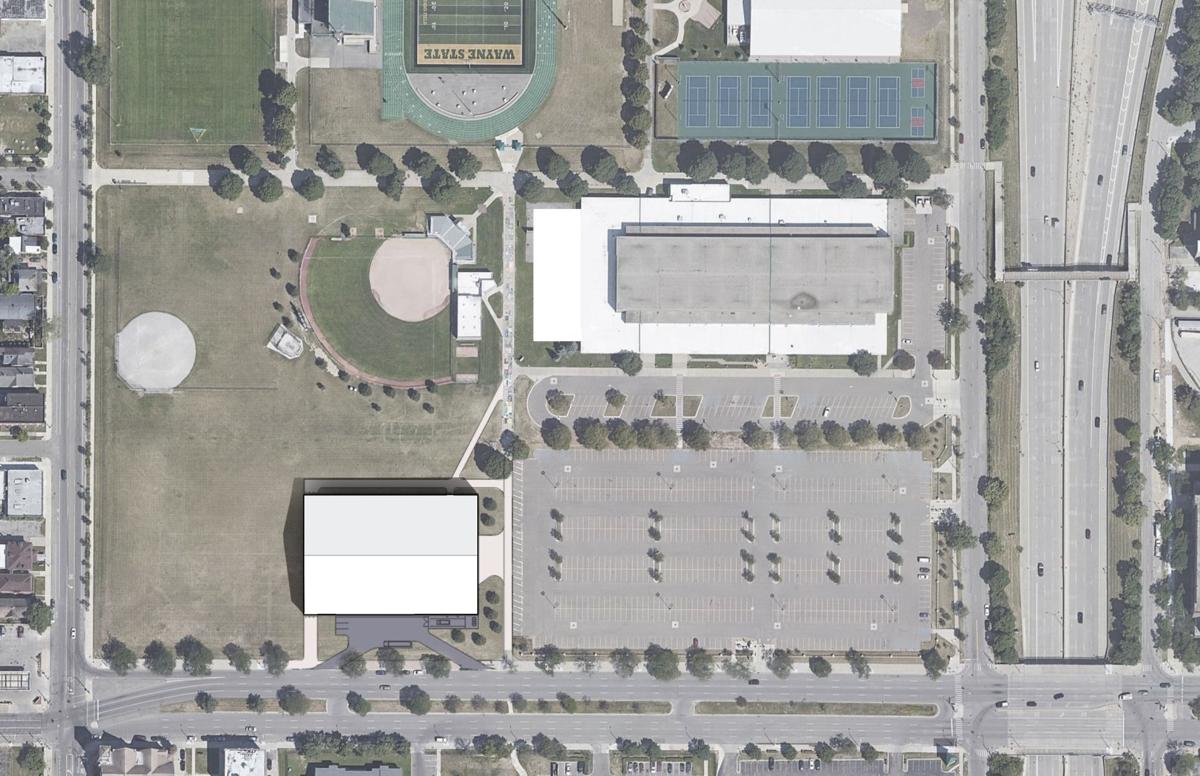 The new arena will be built near the intersection of Warren and Trumbull Avenues. 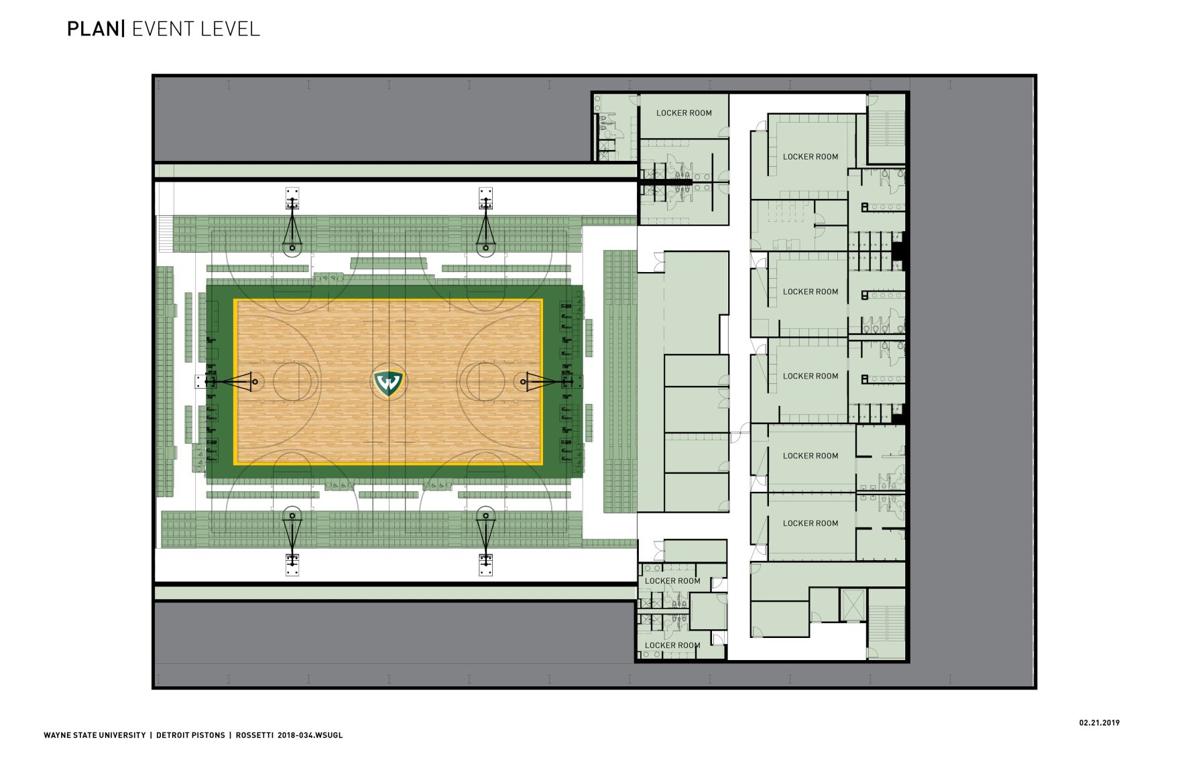 Interior blueprint for the new arena. 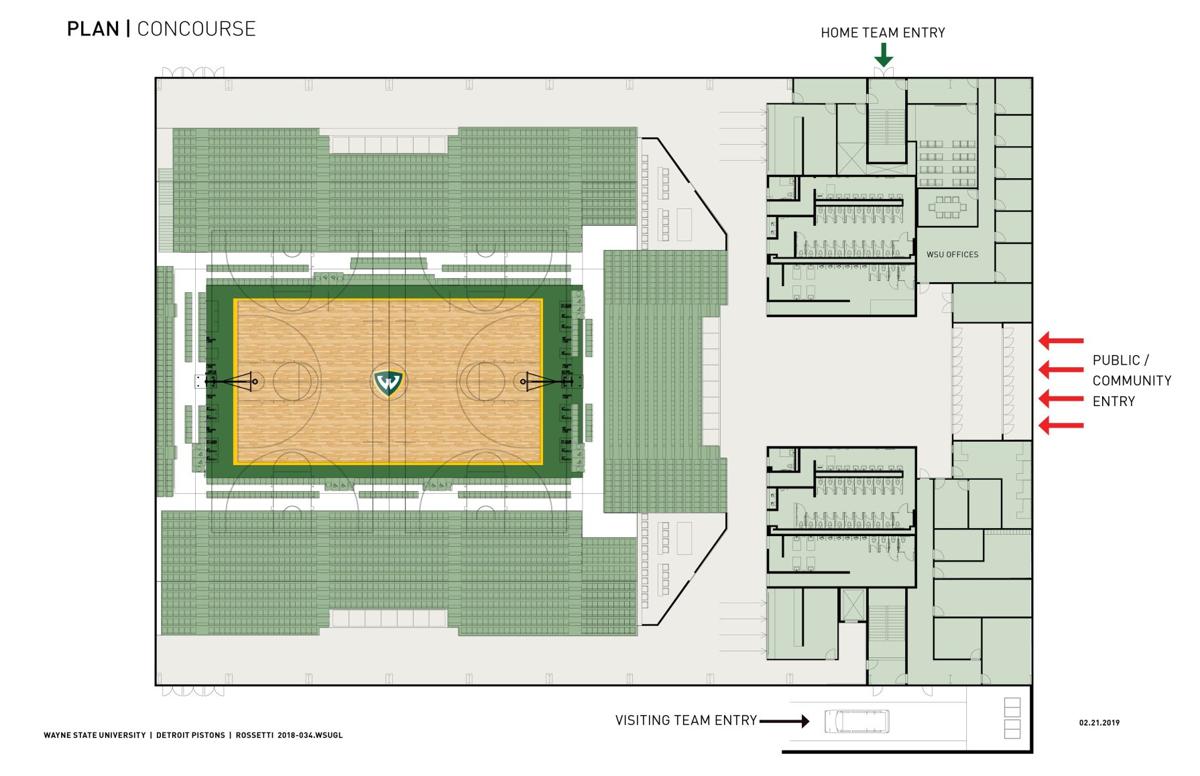 Concourse plan for the anticipated arena.

The new arena will be built near the intersection of Warren and Trumbull Avenues.

Interior blueprint for the new arena.

Concourse plan for the anticipated arena.

“This is an awesome opportunity to enter into a meaningful relationship with the Pistons,” said BOG member Sandra Hughes O’Brien. “We are thankful to the Pistons and the fact you came here means a lot.”

Board chair Kim Trent and BOG member Bryan Barnhill expressed their thanks to O’Brien for planning the development alongside the athletics department and the Pistons.

“This is a truly transformative development and I hope it’ll be a great example of what’s possible when working together,” Barnhill said.

“This is a transformational project for the athletic department,” Trent said. “I don’t think there’s been a regional team more committed to the city of Detroit than the Detroit Pistons.”

Junior Karim Murray said he’s looking forward to the arena. “When they first told me about this, I was at a loss for words,” he said.

Murray said he won’t have a chance to play in the new arena because he is graduating next year, but is “excited for future Warriors playing there.”

“Our students will be afforded the chance to witness first hand the inner workings of operations of a professional sports team and it’s G-league,” Wilson said.

Alongside the WSU basketball teams, the Pistons G-league will play in the new facility. The G-league, according to a press release, is the NBA’s developmental league “preparing players, coaches, officials, trainers and front-office staff for NBA positions.”

There is no exact date for the team’s arrival to Detroit and it’s unknown when construction of the arena will begin.

Other things that happened at the meeting:

Susana Hernandez is managing editor of The South End. She can be reached at susana.hernandez@wayne.edu.