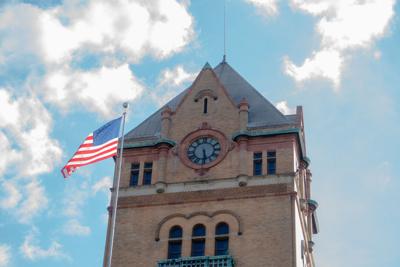 President M. Roy Wilson established a provost search committee in September 2020 following the departure of former provost Keith Whitfield in August 2020. Wilson selected Kornbluh from the committee’s top candidates, he said in a March 8 email to the campus community.

Similarities between the UK and WSU prepared Kornbluh for the role of provost, he said.

“I dealt with many of the same issues and challenges at University of Kentucky that [the] provost position would have here,” Kornbluh said.

Kornbluh familiarized himself with the campus community as he got ready to assume the role, he said.

“(I)’ve met with a large number of faculty and staff and students and tried to get a better understanding of the specifics and challenges that the university faces and have really been inspired by the commitment of the entire Wayne State community to the mission of the university,” Kornbluh said.

Sobel said students, Academic Senate members and the Office of the Provost were also a part of the committee. The complete list of members can be found on the search committee website.

The search committee was aided by professional search firm WittKieffer in going through over 60 candidates, he said.

College of Nursing Dean Laurie Lauzon Clabo served as interim provost and senior vice president for academic affairs while the search for Whitfield’s replacement was ongoing.

“I agreed to serve in the role until they could complete a national search because obviously it was really important that we do a very thorough national search to be able to recruit the best candidate to serve as our next provost,” Clabo said.

The COVID-19 pandemic was an appropriate time to have a health professional in the position, she said.

“So many of our decisions during the past year, almost everything we touched really, had some sort of health implication,” Clabo said. “So, it was good to have someone who had an understanding of public health and clinical practice to serve as the provost.”

Clabo said one of her proudest achievements as interim provost was WSU’s handling of the pandemic.

“(W)e navigated the pandemic at Wayne State, unlike many other four-year institutions, by not contributing to the spread of disease in our community,” she said.

Kornbluh said he is working to set a broad strategy for WSU moving forward. He said two areas require immediate attention, the first being the university’s financial position.

“We really need more resources,” he said. “We need to find ways to bring in enough resources to meet our ambitions to serve the city and the state of Michigan. So, part of my charge is really about resource generation.”

The second area Kornbluh will be working to improve is faculty diversity, he said.

“I really want to work to add more diversity to the faculty, to hire more faculty of color, and work with faculty, and especially faculty of color, to help… close the achievement gap and help students of all races to achieve better than they’ve been achieving,” Kornbluh said.

Kornbluh said he must work through budget cuts to improve WSU in a more efficient and sustainable way.

“I think my job as provost is twofold,” he said. “One, to figure out how to increase the revenue here, so we can keep pace with paying people decently. And secondly, are there ways to think about how we deliver classes and deliver education that can allow us to be a little more efficient?”

Clabo said she was glad to serve WSU when needed but is happy to return to her role at the Nursing College.

“Taking the time to do a really good search was definitely worth the effort,” she said. “Provost Kornbluh brings an incredible background as an academic leader to his new role as provost, and I’m so excited for the opportunity to be able to work with him.”

Kornbluh said he is working with Clabo, Vice President of Marketing and Communications and Chief of Staff Michael Wright and Vice President for Research Stephen Lanier to develop WSU’s five-year plan.

“We are in the strategic planning process that will finalize [at] the end of 2021,” he said. “That’ll set the broad strategy for the university moving forward, and I’m excited to be co-leading that.”

Kate Vaughn is a contributing writer for The South End. She can be reached at katherinejvaughn@wayne.edu.