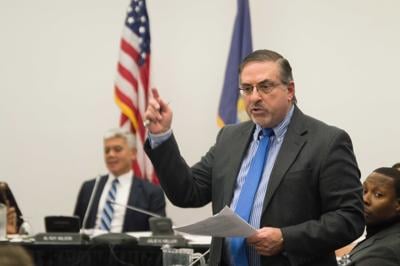 Wayne State Board of Governors voted 5-3 in favor of a proposal to increase tuition for the School of Medicine during its May 1 meeting held via Zoom.

The proposal previously passed in the Budget and Finance Committee by a vote of 4-3.

The proposal will increase resident tuition rates by 4.5% and non-resident rates by 2.5%. This would yield an incremental tuition revenue of $1.87 million, 100% of which would go to medical education.

The school’s response to the pandemic also includes incremental salary cuts for faculty: 20% on May 1, 30% on June 1, and 50% on July 1. There will be a 30% decrease in administrative salaries, and a stop on all pension matches for M.D. faculty and support staff, according to SOM Dean Mark E. Schweitzer.

The SOM student union sent a letter to the BOG and President M. Roy Wilson stating their disapproval of the tuition increase prior to the May 1 meeting.

“As we fight on the front lines many medical students are already having to make tough economic decisions and paying thousands more in tuition will force many of us to put our education on hold or to drop out indefinitely,” the letter said.

They urged the BOG to freeze tuition for all students, moves made by Michigan State and Kansas City University, the letter said.

“Additionally, this past month students at the University of Chicago have promised a tuition strike if a tuition freeze is not met, an action we will strongly consider if Wayne State administration officials decide to raise any tuition rates on our student body.”

According to the Detroit News, the SOM Student Senate sent an email this week to board members outlining opposition to the proposed tuition increase.

"The timing of this potential tuition increase is questionable," the letter said. "In-person learning is not currently possible for students, and clinical rotations have largely switched to virtual platforms. While many of these resources provide excellent clinical scenarios and training, they cannot replace rounding in hospital wards nor procedures in an operating room."

BOG chair Marilyn Kelly, who voted in favor of the tuition increase, said she sees the change as necessary to protect the standing of the SOM.

“I absolutely oppose the Wayne State University School of Medicine tuition increase. We are in the midst of the greatest crisis to challenge this country since World War II,” Busuito said. “Currently our students are unable to adequately access the labs, clinics, classrooms, thus being denied the educational experience for which they paid. The pandemic is not the fault of the students or the university. However, to raise tuition at this time is dishonest, immoral, and unconscionable.”

The next BOG meeting is scheduled for June 19.

Jenna Prestininzi is a contributing writer for The South End, she can be reached at jennap@wayne.edu.