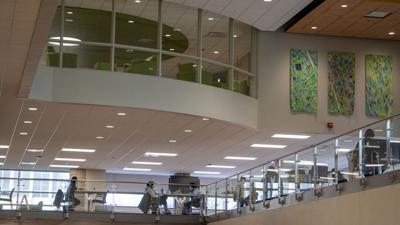 Kornbluh has a strong background in history and education, and has held multiple administrative and staff positions at notable universities across the country, including Rice University and University of California, Berkeley, Wilson said.

The search to fill this position began in September 2020, with the provost search committee considering many qualified candidates, Wilson said. He selected Kornbluh from the committee’s finalists.

“Interim provost is not an easy role to fill, but Laurie served in the midst of a pandemic, guiding the university through truly uncharted waters,” Wilson said. “With wise and thoughtful guidance, she has provided incredible leadership, and our university is clearly better for it. She has my deepest gratitude, which I know is shared by the university community.”

Clabo will return to her previous position as dean of the College of Nursing, Wilson said.

The official decision regarding Kornbluh’s new position will be made at Friday’s Board of Governors meeting, Wilson said.