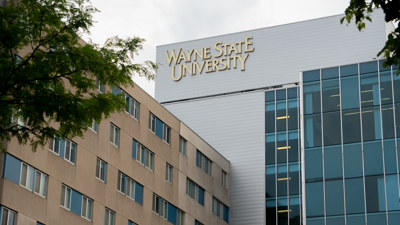 Wayne State requires campus residents who contract COVID-19 to quarantine for up to 14 days in an isolated space.

People who have COVID-19 should isolate from others while recovering, according to the Centers for Disease Control and Prevention.

After receiving a call from the Campus Health Center stating she was positive for COVID-19, Marilyn Williams, a sophomore chemistry major, had to pack up her things as soon as she could and quarantine, she said.

“I had to move into an isolation dorm for ten days,” Williams said. “I got like 50 calls all in a couple of hours telling my next steps for quarantining at school.”

There are quarantine rooms set aside for residents in every building, said Director of Residence Life Nikki Dunham in a March 4 email to The South End.

“All rooms are spaced away from residents,” Dunham said.

Housekeeping cleans the rooms after they have been vacated for seven days, by disinfecting all surfaces, appliances and bathroom facilities, Dunham said. New and laundered linen sets are provided for each student staying in isolation.

“(Housing) provided a lot of things such as blankets, pillows, thermometers to keep going for 10 days,” Williams said. “They don’t really keep up with us and our well-being, however, the Campus Health Center does. A nurse calls every day to make sure we’re doing okay and to see if we gained symptoms or not. I’m asymptomatic.”

A CHC nurse helped Williams contact-trace every person she was in contact with a few days prior to getting tested, she said.

The nurse called people Williams was directly in contact with, who could have caught COVID-19, and Williams called people she had seen but not necessarily interacted with, “just to give them a heads up,” she said.

People who are in quarantine are interviewed to find out the specific times and places they were at during the infectious period, along with people they came in contact with, Grant said.

“That’s part of the investigation, the tracing part begins based off of the information,” Grant said.

The next step is to get in contact with the individuals the student identified who may have COVID-19, Grant said.

Students who test positive for COVID-19 are sent a link to sign up for meal delivery when they’re in quarantine, Dunham said.

“This can either be deducted from a current meal plan, or they can sign up for a block plan,” Dunham said. “Special dietary needs are accommodated.”

“It’s food from Towers and you put it in the fridge. When you’re hungry, you can warm it up,” Williams said. “The only thing I’m dying from is not getting Starbucks.”