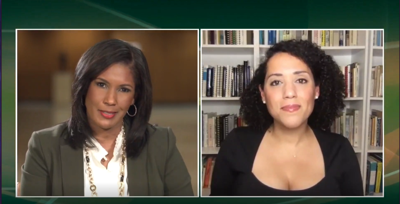 Wayne State University held its 25th annual Martin Luther King Jr. Tribute on Jan. 18. Rather than in the WSU Orchestra Hall, the event was held virtually due to the COVID-19 pandemic.

WSU Board of Governors Chair Marilyn Kelly opened the event by stating WSU’s mission is to ensure the legacy of King is remembered and reflected upon.

The event, moderated by WDIV Local 4 anchor Kimberly Gill, reflected on the works and legacy of Dr. King while also looking to the future.

“We continue our efforts to bring together the Metro Detroit community to honor Dr. King's legacy on the world's stage today, and in the years to come,” Gill said.

“Dr. King's words from 1963 remain relevant today: 2020 was certainly an extremely difficult year for most of us, as we faced a number of significant challenges and changes,” Wilson said.

Wilson hopes the tribute creates a better sense of community and viewers will feel hopeful about the future, he said.

Williams began her remarks by discussing her June 26, 2020 New York Times opinion piece on the legacy of Confederate monuments.

Williams reflected upon the importance of ancestry for African Americans. Although having two Black parents herself, her lineage is not fully Black, she said.

“Seven of my eight great-great-grandfathers were white men who sexually assaulted their help,” Williams said.

One of her great-great-grandfathers was Confederate officer and post-Civil War Senator Edmund Pettus. An ardent white supremacist, Pettus fought in favor of slavery during the Civil War and was named Grand Dragon of the Alabama Ku Klux Klan.

Pettus’ name is notorious in the civil rights movement due to the Edmund Pettus Bridge in Selma, Alabama. During a voting rights march from Selma to Montgomery on March 7, 1965, the late U.S. Rep. John Lewis and other civil rights activists were severely beaten by Alabama State troopers at the bridge, an instance of police brutality known in U.S. history as Bloody Sunday.

Williams has called for the Edmund Pettus Bridge to be renamed in honor of Lewis.

With her mixed ancestry, Williams explored the implications and challenges of mixed-race Americans.

“I am somebody who has no voluntary whiteness. I might be someone who is biologically half-white, but my light skin is not by any Black woman’s choice,” Williams said.

With the many political events that occurred in 2020, Williams said she hopes youth feels empowered to engage in social activism but fears a lack of action on the part of white Americans.

“I don't know if there are enough white people that are strong enough to stand up to the scary white people,” Williams said. “That group the mob on Washington represented, they’re loud, aggrieved and armed. And there is unfortunately a large group of people that think that shrugging them off is effective or explaining them away will work. I know that it won't, it's never worked anywhere else in history ever.”

Williams said she hopes non-Black allies will find a way to adapt and maintain the fight daily.

“I’ve used the metaphor before with friends that this idea of fighting against oppression is like a muscle. There are a lot of people I am watching who are allies that are getting blisters,” Williams said.

Williams said she believes her mixed ancestry is much more common in other African Americans than known. While not something to celebrate, the history is important to acknowledge and does not diminish one’s Black identity.

“Being Black is a gift. It’s a gift of cultural inheritance and survival,” Williams said.