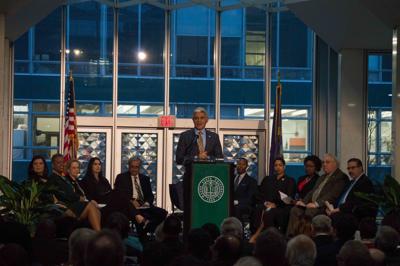 It seems as if Wayne State’s elected officials are plagued by the partisan epidemic that has sickened our national government.

The Wayne State Board of Governors is divided into two factions: loyalists to President M. Roy Wilson and those who want him out.

This rift, which the Detroit Free Press called “all-out war,” has left board members deadlocked and has prevented them from serving the university. It’s embarrassing to our university for our elected officials to argue like children while students suffer from tuition increases.

There is a long list of events that have led to the board’s current state of affairs.

To name a few: Wilson’s disputed pay raise, the president’s multi-million dollar investment in partnership consultations in a failed deal, an inner-board lawsuit alleging open meeting violations, and as reported by the Free Press today, an investigation finding a board member to have repeatedly run university affairs behind Wilson's back (day-to-day affairs are meant for the president to handle, while the board is supposed to create policy).

I won’t dare take sides in this messy battle for power, but I will say that it’s time for the Board of Governors and President Wilson to wake up, halt the bickering and get to work.

Omar Abdel-Baqui is former managing editor of The South End and is currently a reporting news intern at the Detroit Free Press. He can be reached at gg6739@wayne.edu or oabdel-baqui@freepress.com. Follow him on Twitter @omarabdelb.