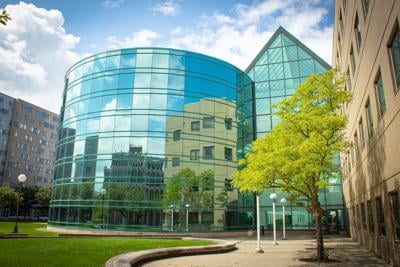 Tim Moran, assistant professor of teaching in the Honors College said concerns among lecturers regarding their position at WSU have been around for several years.

“[The concerns arose] from at least four years ago and certainly becoming more exciting three or two years ago when bargaining positions were being laid out and arguments were being made about what would benefit lecturers the best,” Moran said.

Assistant professor of teaching in the Classic & Modern Languages, Literatures, and Cultures department Christine Knapp served on the committee that advocated for the change.

“I was part of a group of former lecturers (AAUP-AFT 6075 Lecturer Steering Committee) who advocated for the title change,” Knapp said. “We noticed several inconsistencies across campus and started organizing about 5 years ago to help improve job security and working conditions.”

Knapp said the changes came from lecturers who felt like “second class citizens” at the university.

“We wanted to help develop a culture change where we could be recognized for the important work we do even if we aren’t on the tenure-track,” Knapp said.

Prior to the change, Moran said lecturers would be advised of possible termination for the next school year.

“...lecturers would get a regular notice saying they were being terminated every year. In fact, it was a little strange when you would get this notice on about the same day that university giving would strongly suggest you support the university through donations,” Moran said.

Moran said that university lecturers will have more job security with this title change with multiple year contracts.

Baltes said the AAUP and administration wanted to make the lecturer position similar to other non-tenured positions.

“We have clinical positions, we have research positions and they have assistants, associates, full…but our lecturers, senior lecturers were not on that so I think there was a recognition to, especially given the importance that the role of teaching plays at Wayne State and so trying to recognize that more,” Baltes said.

“...during this one-time thing, lecturers who had put in that much service would end up getting the step-in title, they may not get the step-in pay, that goes with it…in future years, there’s a committee that has been meeting to try to determine how lecturers would qualify for a change in grade to move up that step from assistant to associate or associate to full [professor of teaching],” Moran said.

“That’s definitely already a part of the plan. Right now we are working on teaching factors, promotion factors specifically for the teaching faculty,” Baltes said.  “But there should be the possibility next year of  starting the promotion process both from assistant to associate and associate to full.”

Baltes said the administration and union have agreed these promotions will be able to start in the 2023-2024 academic year.

Knapp said several other benefits came from this title change.

“For example, the title change helped a faculty member secure more funding through a community organization,” Knapp said. “We are also excited about the increased job security we received in our recent contract and hope to continue building on that in the future.”

Moran said he is doubtful that this change in title will allow professors of teaching to receive more respect from tenured faculty.

“There’s a very big difference between having tenure which prevents you from being fired indiscriminately and simply having a fancy title,” Moran said.

The next step for professors of teaching would be receiving a form of tenure through WSU Moran said.

“The next step would be for the assistant professors of teaching to get something like university tenure…there is something like it that staff can achieve where they end up with a tenure like position where they can’t easily be terminated,” Moran said.

Baltes said there are no other plans right now to add a tenure-like position for professors of teaching, but discussions will likely resume in a few years after contracts begin to expire.

“I think this is kind of it for right now. There’s no ongoing discussion that I know of. Negotiations will obviously come up again in three years,” Baltes said.

Moran said, ultimately, he is hopeful about the change.

“This is not an empty thing, but for the movement the change in title is fun,” Moran said. “It doesn’t necessarily bring any instant reward with it, financially that is, but it’s a good step in the long-term.”

Katherine Stozicki is the News Editor for The South End. She can be reached at newseditortse@gmail.com.