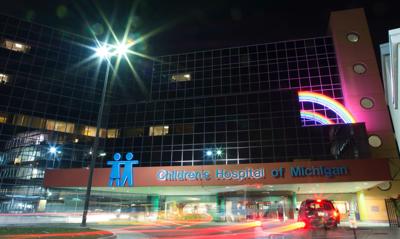 In 2010, the passing of the Patient Protection and Affordable Care Act (ACA) changed the lives of Americans by making healthcare more affordable and accessible. However, these changes have not been felt equally across the U.S., and millions of Americans have found themselves in what is termed the “coverage gap”, where they are unfortunately left without affordable health coverage.

Undoubtedly, the ACA was a monumental expansion of federal health policy, promising to insure 32 million Americans by 2019 and to further improve healthcare coverage for many low-income Americans. Most importantly, the ACA contained a provision that states expand Medicaid coverage to more low-income adults; however, since 2014, only 39 states have adopted this expansion, while 12 have chosen not to.

Closing the Medicaid coverage gap is necessary for many reasons, with the main reason being that individuals in this gap are often left with no affordable option for health insurance, even though they are living in poverty. The ACA expanded Medicaid eligibility for individuals with an income up to 138% of the federal poverty level, but the 12 states in the coverage gap have not expanded this eligibility. This means that those 2.2 million Americans make too much money to qualify for Medicaid coverage and too little to qualify for the ACA’s tax credit subsidies that would help offset the cost of purchasing insurance. This is extremely unfair because these individuals are left with no affordable health insurance option, since they still live below the poverty line in their state.

Black and Latino adults represent 56% of the population in the coverage gap combined, despite representing one-third of adults in non-expansion states. Closing the Medicaid coverage gap would hence be an important step in addressing health equity and justice for many people of color, and it would allow them to gain access to affordable healthcare that they otherwise cannot currently afford.

It is overall clear that expanding Medicaid and closing the coverage gap is an important issue that must be tackled in future U.S. healthcare policies. Not only does the coverage gap leave vulnerable, low-income families and individuals with no affordable health insurance, but it also unfairly impacts people of color, in particular black and Latino populations. Expanding Medicaid will not take away its benefits from vulnerable populations, but it will instead make insurance more affordable to a larger vulnerable population that is also in need and that can’t afford health insurance. Closing the coverage gap is a necessary step that must be taken in order to improve the lives of millions of Americans and aid in guaranteeing the basic right of affordable health coverage.

Nina Entcheva is a current student at Wayne State. She can be reached at ninaentcheva@wayne.edu.