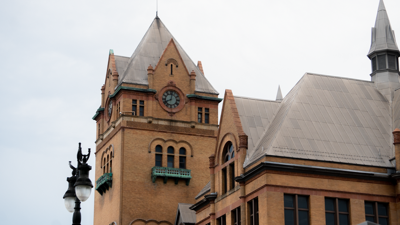 Provost Keith Whitfield was named president of University of Nevada, Las Vegas on July 23, with his position beginning Aug. 24.

Wilson praised Clabo for her accomplishments as College of Nursing Dean in the statement.

“As dean, Laurie is highly respected across campus, and has demonstrated exceptional leadership for both the college and the university,” Wilson said. “During her tenure, the College of Nursing has flourished, and her accomplishments include significant growth in philanthropy, the reversal of a decline and now solid growth in research funding and graduate enrollment, and an extraordinary rise in national rankings.”

Clabo will begin her new position Aug. 21 and will serve until WSU hires a permanent replacement.

“Laurie will be a great addition to the cabinet as we conduct a national search for a permanent provost, and I ask that you join me in welcoming her to this key leadership position,” Wilson said.

Wilson said an announcement will be made soon regarding an interim dean for the College of Nursing.

Jenna Prestininzi is managing editor of The South End. She can be reached at managingeditortse@gmail.com.