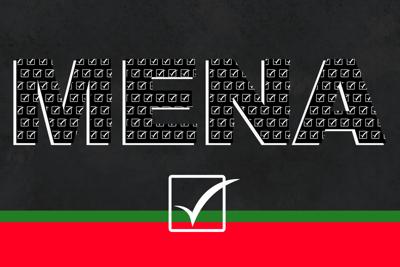 The United States Census Bureau failed to include a Middle Eastern and North African category again, in 2020. Wayne State and Wayne County community members of MENA descent say the lack of representation is detrimental in many ways.

When filling out the census, there are no options for people with MENA roots besides caucasian or other. This has caused members of the community to feel excluded, according to NPR.

“It’s based on the assumption that this multi-ethnic region should be categorized under one identity,” said Fatimah Jobeh, a junior majoring in public health and business at WSU.

The census determines how the government will allocate money for funding. Data collected is used for securing over $675 billion in federal funding, according to the U.S. Census Bureau. These funds go toward community resources such as schools, hospitals and roads.

If MENA is considered caucasian, then those of MENA decent will not get access to funding and resources necessary for their communities, said Matthew Jaber Stiffler, a research and content manager at the Arab American National Museum and Arab-American studies professor at the University of Michigan, in an April 15 email to The South End.

“The lack of good data affects the community in myriad ways, not the least of which is feeling invisible in statistics and reports that are supposed to tell the story of the communities that Arab and MENA folks live in,” Jaber Stiffler said. “For instance, school districts in and around Dearborn, where the schools are, in some instances 80-90% Arab American and MENA, show up in national education statistics as 80-90% white.”

Given the long history of discrimination against Arabs and other MENA groups, Arab Americans do not typically see themselves as white, Jaber Stiffler said.

“Unfortunately, we are looked at by certain people as ‘terrorists,’” said Mariam Amin, a sophomore double majoring in political science and communications. “It is their stereotypical perception of our community that causes many of us to experience racism in most places outside of our region.”

Amin said she does not enjoy being labeled as Middle Eastern.

“I would rather be called Southwest Asian due to its geographical accuracy in addition to the fact that the term is not rooted in British imperialism like Middle Eastern is,” she said.

Southwest Asian/North African, or SWANA, is a much better term than MENA, Jaber Stiffler said. MENA is not the best term but it is the best the community has right now as far as “buy in” from agencies that collect the data.

“The lack of reliable data makes it difficult, if not impossible, to be responsive to the community's needs and address unique issues that may arise in such a large and dynamic ethnic community,” he said.

The misrepresentation has caused issues to arise in various other areas, Jobeh said.

“Within the community it's difficult to discuss topics such as mental health,” she said. “I think the lack of mental health resources catered for the MENA community and the pandemic contributed to health complications.”

At WSU, both the graduate and undergraduate admissions applications allow applicants to self-identify as MENA, said Darin Ellis, associate provost for Academic Programs and associate vice president for Institutional Effectiveness, in an email to The South End Tuesday. But, when reporting to the U.S. federal government’s Integrated Postsecondary Education Data System, regulations require WSU to collapse MENA into white.

“When we report official numbers on our WSU dashboards, they necessarily use the government required categories,” Ellis said. “Of course, if the U.S. government added MENA as a category, we would as well in all reporting that included race/ethnicity. This issue is something that our data specialists are watching closely and hoping to get clarity on in the coming months.”

The MENA data collected by WSU is not publicly available or used in public reports, Ellis said.

There is no way to objectively determine how the COVID-19 pandemic has affected the MENA community due to statistical inaccuracies based on race and ethnicity, according to NPR. There is no distinct section for those from MENA communities on any government data, so the data for those communities would be scattered into and overshadowed by other communities.

“MENA folks are absent from all federal data on COVID and vaccines,” Jaber Stiffler said. “Michigan is one of the few states that asks about Arab or Chaldean ancestry in relation to health, but even that can be inconsistent and, since many counties and health systems do not have separate Arab/Chaldean/MENA boxes, the data is not as useful as it could be.”

President Joe Biden said he would support the creation of a new MENA category in the U.S. census, according to his campaign. Biden promised to commission an independent study that would work on making recommendations that represent socially disadvantaged groups, such as MENA, in federal categories. Details surrounding such recommendations have yet to be announced.

“It’s disappointing that there’s a lack of data and representation. I hope there will be in the near future though,” said Zahra Mohammed, a neuroscience student at WSU. “Providing data allows people to have fair opportunities for economic, physical, mental and emotional health as it’s been historically prevented for ethnic/minority groups.”