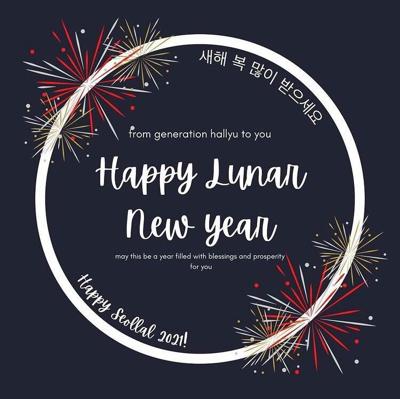 The Lunar New Year is celebrated by many countries in East Asia, some parts of Southeast Asia and across the diaspora. This year is the year of the ox and the holiday comes with centuries of traditions.

In Korea, the Lunar New Year was celebrated over three days, from Feb. 11-13. In China, the Spring Festival celebration lasts for two weeks, from Feb. 11-26.

The holiday is an important part of Chinese culture, said Linda Lin, a biology major and Asian studies minor with a Chinese concentration and vice president of the Chinese Cultural Club at Wayne State University.

“We keep celebrating it to (remind) generation after generation that we still have the old calendar that has been used from a very ancient Chinese time till now,” Lin said.

There are numerous traditions that come with welcoming the Lunar New Year in her culture, Lin said. Preparation includes cleaning the house and stocking up on groceries. According to Chinese tradition, people born in previous years of the Ox are to wear red pieces of clothing to gain luck in the new year.

These traditions include activities such as playing Yut Nori, a game played by tossing sticks and moving around a board, eating Tteokguk, also known as rice cake soup, bowing to elders and giving money to children.

“This is kind of like the old person passing down their hopes and wishes to the younger generation and hoping that money can give them fortune and good luck,” Davis said.

The amount varies depending on the giver’s financial status, and Davis said one year he was given 50,000 Renminbi, the official currency of China, by an aunt. This is the equivalent of over $7,500.

Lin and Davis said the Lunar New Year is an opportunity to begin anew.

To celebrate this year, Davis said he organized a virtual event with his club Pop Culture Research, which has members in China. He also invited CCC members to watch the Chinese Spring Festival Gala, a special New Year's broadcast on the evening of Feb. 11.

Unlike Lin, Davis said he did not feel supported by WSU during the planning or execution of campus events celebrating the Lunar New Year, especially after the closing of the Confucius Institute on campus.The CI at WSU closed on Jan. 30 after completing all programming, according to the institute.

“With the Confucius Institute not being a thing anymore, now it’s all on the Chinese Student Association,” Davis said.

In a statement sent to The South End, Vice President for Educational Outreach and International Programs Ahmad Ezzeddine said the CI closure was determined during a university audit.

“The events of last year, particularly the COVID-19 pandemic, have confirmed that international collaborations continue to be more important than ever and we are committed to building on our global partnerships, including those in China, in areas of language and cultural exchange, student training, and faculty collaborations,” Ezzeddine said.

Director of the Office of Multicultural Student Engagement Leonard Savala said he encourages students to contact OMSE directly to gain support in celebrating cultural holidays. The office is still growing, but in the future Savala hopes to have cultural liaisons to better serve the student body.

“A lot of the problems you have in business… or in medicine or in social work or even in journalism or whatever, it’s usually around a people issue,” Savala said. “You don’t fully understand the people you’re working with, and so, if we can have these events and learn more about these cultures, we move beyond the people issues, right? And we get to the roots of the issue.”

The annual Chinese Zodiac Art Contest and Chinese Quiz Bowl are both held online this year in celebration of the holiday, and are sponsored by WSU and the Great Lakes Chinese Consortium. The Chinese Zodiac Art Contest closed on Feb. 10, but this year's Chinese Quiz Bowl will be held on Saturday, March 20, where two teams will compete in Kahoot about Chinese language, Chinese geography and assigned Chinese idioms.

Davis said he encourages people of all backgrounds to celebrate the holiday.