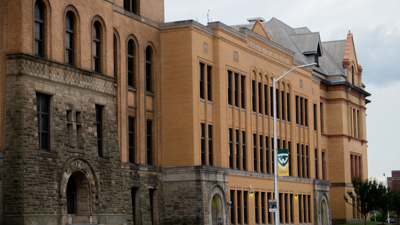 Wayne State announced that all face-to-face classes will move to remote learning for the remainder of the semester in an email sent to the campus community on Nov. 16.

The decision came after the Michigan Department of Health and Human Services announced a new emergency order on Nov. 15 due to a surge in COVID-19 cases statewide. The order went into effect on Wednesday and will last until Dec. 8, with the possibility it could be extended.

WSU’s switch to remote learning does not include clinical rotations in the Eugene Applebaum College of Pharmacy and Health Sciences, the College of Nursing and the School of Medicine.

The MDHHS emergency order also takes other measures to limit gatherings in places where COVID-19 spreads quickly. Dine-in service is prohibited at bars and restaurants, but carryout and delivery services can continue. Gyms can also stay open, but group exercises must stop. Casinos and movie theaters must also close.

Towers Café will continue to serve both dine in and carryout meals to customers, as university cafeterias are not included in the order, said Tim Michael, associate vice president for Student Auxiliary Services and chief housing officer.

While campus will remain open, WSU is encouraging people to refrain from visiting and working on campus if not necessary. The libraries and Mort Harris Recreation and Fitness Center have reduced their capacities to 25%.

Instructors have been preparing for the switch to full-remote learning since August, Palazzolo said.

“Now that it's actually here, there are some new twists we hadn't contemplated, but we've begun exploring available technology to help students edit video from home no matter what type of computer situation they are faced with,” she said.

Itzel Elaine Mazariegos, a film and graphic design major, said she began wondering if in-person learning would continue around Halloween.

“I did not think face-to-face classes would last after noticing the amount of gatherings that occurred due to Halloween,” she said. “I also work in retail and from the looks of it people aren’t taking this virus seriously. This pandemic made me somewhat panic because of a certain class at school, but other than that I felt fine and prepared for it because I live with my parents so thankfully I’m financially supported.”

The lack of hands-on lab experiments during virtual learning has been causing some students to not fully comprehend or retain the information being taught, said Fatima El-Khatib, a pre-pharmacy junior at WSU.

“My labs do not have any sort of take-home equipment, so for the remainder of the semester we will most likely be given data by the professor to use as if we had done the lab ourselves,” El-Khatib said.

WSU is hopeful these safety measures will allow for the winter semester to begin with fewer restrictions, according to the email.

“I would like my students to stay safe, not to take unnecessary risks and to remember we are here for them,” Palazzolo said. “We can do this together is my new motto.”