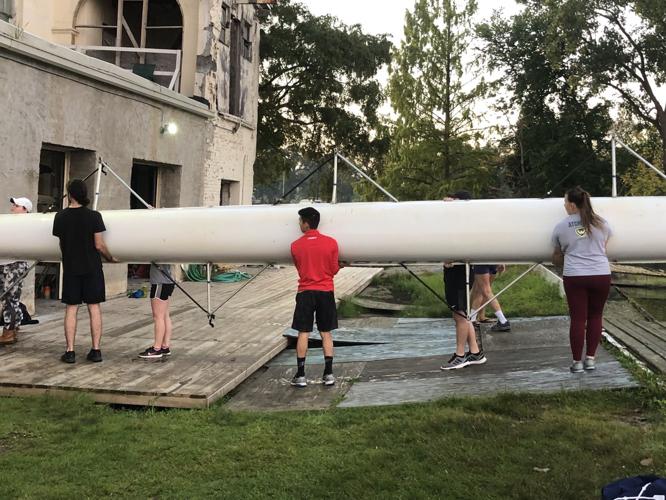 Students carry the boat into storage after practice 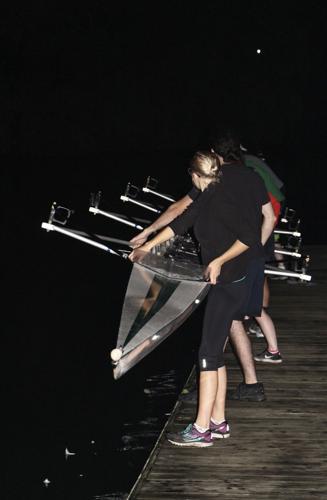 Rowers ready to put boat in the water 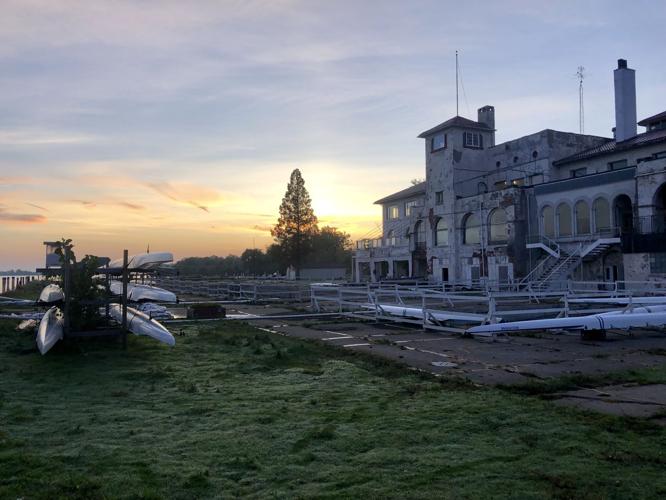 The Bell Isle Boat House where the team stores their boats. 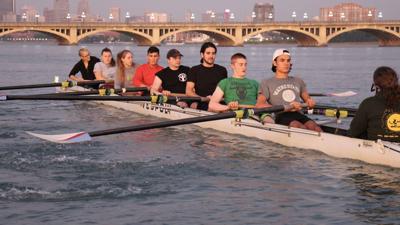 Since 1984, rowing at Wayne State has been a memory of days gone by. But this fall, students are once again boarding the Detroit River before sunrise to dip their oars into the current and realize the breadth of teamwork.

The idea for restoring the rowing program started when finance major Mason Chudzik discovered the history of the university’s rowing club, which formed in 1957 and had been inactive for over three decades.

“I just thought it’d probably be a project I could get behind,” Chudzik said. “And that it might have success here at getting a lot of people interested in rowing.”

Chudzik connected with WSU secondary education graduate Gianna Manchester and the two spent the last year finalizing the club sports process and gauging student interest, with the tryout process suited towards exposing students to the sport and schedule rather than selecting team members.

“When we’re doing tryouts, we’re not necessarily looking for the strongest people physically,” Manchester said. “We’re looking for the most committed and determined people who are willing to push themselves and not give up. The rest of it anyone can learn.”

“If you’re there and you put in the time and effort, you’ll become a better rower,” Field said. “That’s pretty much what we’re looking for in this club.”

WSU student Olivia Mueler’s interest in the sport began after she visited the rowing team’s table at FestiFall.

“I (played) sports in high school and I wanted to be a part of a team again,” Mueler said. “I like that rowing is a sport where everyone works together.”

A team requires between eight to nine students and as interest forms coaches hope to fill both a men’s and women’s boat of eights. While men’s rowing ends at the club level, one of the team’s goal is to get a women’s varsity team that can compete at the NCAA level.

In the short term the team hopes to scrimmage with an adjacent collegiate or club team at the Detroit Boat Club on Belle Isle — where the team practices.

Manchester said one of the best parts of the team’s early morning practices is being on the Detroit River at daybreak.

While the team doesn’t have the budget or experience this school year, Chudzik said he’s looking ahead to when an established WSU rowing team can attend bigger regattas like Head of the Hooch in Chattanooga.

For now the focus is on spreading the word about the team, synchronizing themselves in the boat and picking up the history of WSU rowing.