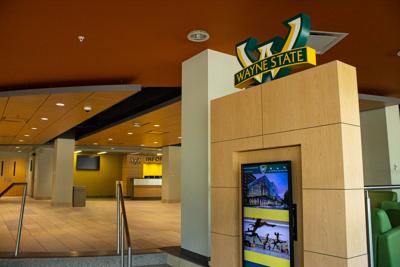 This article has been updated for clarification.

The South End regrets this error.

New funding from the Mellon Foundation will help update Wayne State’s Black-centered curriculum and create the new Detroit Center for Black Studies. In addition, and separate from the funding grant, the Crockett-Lumumba Scholars program will also be launched, offering incentives to students who complete the program including a study-abroad experience and financial stipend.

The $6 million grant from the Mellon Foundation has launched a cluster hire program, hiring 30 new humanities faculty to staff the Detroit Center for Black Studies. The Mellon Foundation is the largest funder of arts and humanities, according to its website, and previously awarded WSU $94,000 in 2015 to support the publishing of out-of-date humanities books.

Provost Mark Kornbluh said the university has also allocated money toward five new hires in each of the colleges, totaling up to 50 new hires over the next four years.

“There was virtually no recognition of Black history at Wayne State University in the city that, at the time, was almost 88% Black,” Hill said. “When they were planning to close down the Center for Black Studies…we were like ‘you know, that ain’t right…’”

“(The Center) should be solidified in the coming months, but only after members of the department meet with students to discuss their wants and needs,” Goldberg said in a Dec. 25 email to The South End. “It will host programming, conferences, academic talks… and will write policy papers concerning the racial and economical implications of local, state and federal policies and practices.”

The seventh floor of the Student Center has been renovated to house a student resource center for students in the Crockett-Lumumba Scholars program, led by Goldberg.

“(Students in the program) will also take a wide array of African American Studies courses, including a service learning course where students can focus on their specific area of interest,” he said. “The program will begin with a two-week freshman summer experience that is designed to build community through coordinated social programs, exposure to campus life, and a basic orientation to the various resources available to students on campus.”

Goldberg said students in the Crockett-Lumumba Scholars program will take one African American Studies course per semester and receive a stipend for each year they complete.

“Students who complete the first year in good standing receive a one thousand dollar stipend for finishing the year in good standing, two thousand for the second, three thousand for the third year, while seniors who stay with the program will earn a minor in AFS, an all-expenses paid study abroad experience, and a four thousand dollar incentive for being on track for graduation,” he said.

Kornbluh said he expects with the added resources and curriculum to support Black students on campus, the graduation rate may grow significantly in five to six years.

WSU’s Black graduation rate has been a main focus of President M. Roy Wilson, who announced he will not be renewing his contract at the end of his term in May.

Hill said he hopes all members of the campus community acknowledge and appreciate the opportunity.

“So you would hope that there would be people who would want to take advantage of (the Crockett-Lumumba Scholars Program),” Hill said. “And again, not just Black students, but students of all races to learn just the importance that this city holds in what was and what is, and continues to be a national, and occasionally international, movement.”

Amelia Benavides-Colón is the editor-in-chief of The South End. She can be reached at editorinchieftse@gmail.com.

Ashley Harris is the managing editor of The South End. She can be reached at managingeditortse@gmail.com