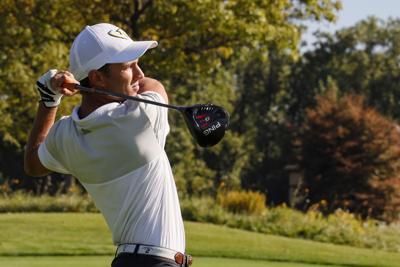 Wayne State men’s golf finished in sixth place at the Findlay Invitational at the Big Blue Course in Lexington, Kentucky on March 28 and 29.

Grand Valley State University won the event, posting a final score of 854. The Warriors shot a combined 872 to conclude the event.

Head Coach Mike Horn said the Warriors scored well in the earlier rounds, but poor putting resulted in a combined score of 297.

“We played really solid in the second round. We ended up getting into second place maybe two shots out of the lead in the middle of the second round,” Horn said. “We just faded a little bit and really the whole tournament boiled down to us not making enough birdies.”

Pelak led the way for the Warriors, shooting a career-best 72, 70 and 74 over the three rounds. Niles started strong, hitting back-to-back 71s but shot a 78 on the final day. DiCarlo began shaky but ended well, shooting 76, 75, and 72.

Horn said Pelak had previously been scoring well and was happy to see him showcase his skills.

“He played really well, he qualified as our number five that week,” Horn said. “He played awesome and he was playing that well during COVID and then we didn’t play that fall (2020), actually that spring (2021) and fall (2020), throughout the two semesters, and he probably put the most work for the two semesters that we couldn’t play because of COVID. So this is not a shock for him to play that well just nice to see him get the opportunity.”

Horn said a lack of capitalizing on scoring opportunities and tumultuous weather factored into WSU’s finish.

“It really boiled down to par-5s. We didn’t play the par-5s well. That’s kind of been a focus, we’ve been doing really well on par-5s,” Horn said. “It was super cold, super windy and it’s the same for everybody but we tend to have some skinny guys and the skinny guys have a little trouble in the cold and wind.”

DiCarlo said he has been playing consistently but wants to hone his putting skills.

“The first day I struggled with the putter. I’ve been hitting it well throughout this spring season,” DiCarlo said. “I just have to fix a few minor things with the putter and I'll be back where I need to be.”

Horn said the Warriors must string together great rounds to contend at NCAA Super Regionals and NCAA Championships.

“Everybody has put together their moments. We just haven’t been able to put together three, four, five guys in a day who have played really well,” Horn said. “If we’re going to make the national tournament that’s going to have to happen.”

The NCAA Super Regionals will take place at the Purgatory Golf Club in Noblesville, Indiana from May 5 to 7. The NCAA Championships will be held at the TPC Golf and Country Club in Dearborn from May 16 to 20.

The Warriors will be looking to play their best at the Bill Blazer Memorial at the Urbana Country Club in Urbana, Illinois on Saturday and Sunday, Horn said.

“I always think as we go through the year we don’t want to peak too early and we are certainly capable,” Horn said. “We’re not looking for play that is not achievable for us, we’re just looking for our guys that are very very talented to put together more than one guy at a time. And if they do then we’re really going to be doing something special.”