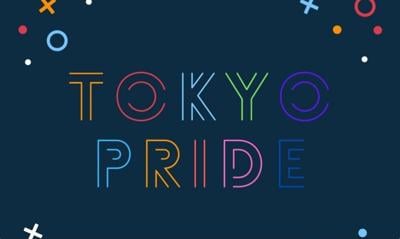 The Wayne State Office of Multicultural Student Engagement hosted “The Origins of Tokyo Pride” on Tuesday.

The event began with the reading of WSU’s land acknowledgement, which identifies the Indigenous peoples of Detroit.

“...through the Treaty of Detroit, Wayne State University affirms Indigenous sovereignty and honors all tribes with a connection to Detroit,” said Kristin Johnston, OMSE academic advisor and advisor for Student Engagement. “With our native neighbors, WSU can advance the educational equity and promote a better future for the earth and all people.”

The focus of the event was on the Tokyo Rainbow Pride Parade which began in 1994, Johnston said. The parade celebrates LGBTQ pride.

The TRP began due to governmental discrimination against members of the LGBTQ community, Johnston said.

“Aug. 28, 1994, the International Lesbian, Gay, Bisexual, Trans and Intersex Association marched against the Tokyo government because they weren't allowing LGBTQ youth to use the city hostels and the city hostels were owned by the Tokyo government,” Johnston said. “And so this group saw the injustice and marched that started off with 1,000 people and they marched just a couple miles from around a park that's no longer there to the governor, the main government building.”

According to the Library of Congress, the first U.S. Pride parade took place on June 28, 1970.

Though the first TRP occurred almost 30 years after the first U.S. Pride, other countries were still not welcoming to queer-identifying people, Johnston said. For this reason, many participants in the TRP used disguises when marching, she said.

“In the early celebrations, many of the Japanese attendees wore masks and sunglasses to hide their identities in an effort to save their careers and family status,” Johnston said. “So as you can imagine, in the 1990s, although it was a little more accepted in the U.S., it was very, very unaccepted in East Asia to be a part of the LGBTQ community, and very much not recognized by the government. And so people would wear masks and sunglasses and that became kind of the uniform for the pride parade and celebration for the first couple years.”

The conversation then shifted from the history of the TRP to the current celebration of Pride. Johnston said support for the LGBTQ community from companies like Google and Aflac has been seen as too money-oriented.

Dominique Canning, a graduate linguistics student at the University of Michigan, said she agreed that Pride celebrations have become overly commercialized.

“... during WorldPride, it was really weird to see all these companies that were selling rainbow things but then you look at their policies or their politics, and they're not actually queer-friendly,” Canning said. “And it feels less like ‘hi, we support you’ and more like ‘oh, people like gay people now so please give us money to get this rainbow.’”

Although the market for cultural celebrations has increased, this was to be expected, said Stephanie Hawkes, assistant director of OMSE.

“... if it has an opportunity to create money, it's going to be commercialized,” Hawkes said. “I just wonder, and the next 20, 30, 50 years, what will it look like then because I just feel like things just come in phases. ... the consumerism always catches up to it. Whatever it is just mutates and changes so that it can meet the original goals and objectives of what it was originally created to do.”

Progress has been made in welcoming the LGBTQ community, but not everyone will be as understanding, Johnston said.

“I think, unfortunately, there's always going to be traditional families that disown their children or families and friends,” Johnston said. “It's kind of like the thing where there's always going to be, in America, people who hate Black people. That sounds very sad but I don't see a time when ... we're a world in which that never happens. I wish for a world like that…”