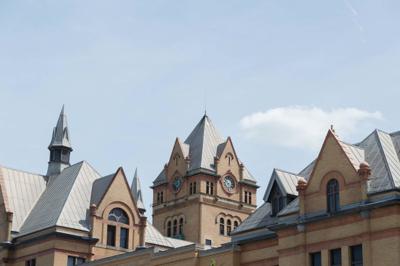 A psychology student is suing Wayne State for not providing adequate reimbursement of tuition for the winter 2020 semester, according to the lawsuit filed in the Michigan Court of Claims.

Freshman Peyton Paymon is taking legal action due to the school’s failure to provide a fair return on tuition and housing after the university announced campus would close and all classes were to resume online for the remainder of the semester on March 11, according to the lawsuit.

“As a result of this refusal, the Plaintiff and similarly situated students lost the benefits of in-person instruction, housing, meals, and student activities for which they had already paid or been charged by the University for an entire semester,” the lawsuit states.

Paymon lived on campus and moved out in March, in compliance with WSU’s request for students to return home if possible, according to the lawsuit.

Students were offered an $850 stipend for housing if they moved out by April 9. The lawsuit states “this $850 credit is not commensurate with the financial losses to the University's students and their families.”

The lawsuit claims while the decision to move classes online was reasonable amid concerns of the coronavirus, it was unlawful and unjust for WSU to offer a small amount of housing credit and “retain full tuition and fees.”

“Our focus is entirely on the winter semester because students have already paid based on the classes, labs and other services they expected to receive from the university. So our case strictly is about the fairness of being paid for classroom, face-to-face education but delivering instead online education,” he said.

“The question is though, whether it’s fair to charge students full price as if they actually received face-to-face classroom instruction.”

WSU Director of Communications Matt Lockwood declined to comment on the lawsuit.

“I will just say we are proud of our faculty in continuing to deliver high-quality education to our students under challenging circumstances,” he said.

The lawsuit cites a study by the Brookings Institution, stating students who take online classes perform worse than those in a traditional classroom setting.

“While Plaintiff acknowledges the necessity of the University's efforts to continue delivering in a format other than in-person, the value (and cost) of online classes is less than in-classroom instruction.”

The spread of COVID-19 in Michigan caused WSU to move classes online for the remainder of the winter 2020 semester. Spring and summer semesters have also moved online.

The possibility of classes being online for fall 2020 is on the table with President M. Roy Wilson saying the school will most likely not open for face-to-face classes.

Susana Hernandez is the managing editor for The South End. She can be reached at ManagingEditorTSE@gmail.com.