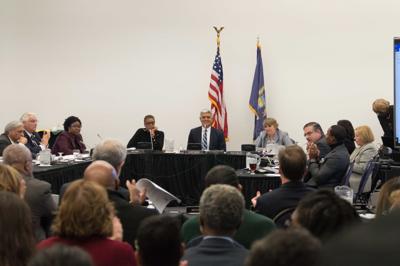 President M. Roy Wilson is “undeniably” allowed to serve as an ex officio board member, the Michigan Court of Claims ruled March 25. The four Wayne State Board of Governors members who filed the suit will appeal the decision, BOG member Sandra Hughes O’Brien said.

At a June 2019 meeting, Wilson became a fifth ex officio member to establish a quorum, after four governors who opposed the agenda items were not present. The four members who were present voted 4-0 to approve a tuition increase and multi-million dollar property leasing agreement. Wilson did not vote.

The four members first filed suit in June, claiming a violation of the Open Meetings Act. However, the court dismissed the case in July, court records show. Their second suit was on the quorum issue, filed in mid July. That case was closed Wednesday.

Judge Cynthia Stephens ruled in favor of the university. Her written opinion said board bylaws don’t restrict who can be counted as members of the board, or who can be counted to establish quorum, the Detroit Free Press reported.

"Where the Legislature did not state that the phrase ‘members of the board’ was to be limited to only voting members or that it was to exclude ex officio members, this Court should be cautious about reading such a restriction into the statute,” Stephens wrote. “The bylaws do not expressly specify who can make up the ‘five-member’ quorum. Nor do the bylaws restrict the members who can be counted for purposes of establishing a quorum to only voting members of the board."

In a statement to The South End, O’Brien called the ruling “very disappointing.” The ruling came after the plaintiffs filed a motion for summary disposition “to force (Stephens) to make a decision one way or another,” O’Brien wrote. The goal was to move the case out of “this judge’s hands and over to a Court of Appeals panel.”