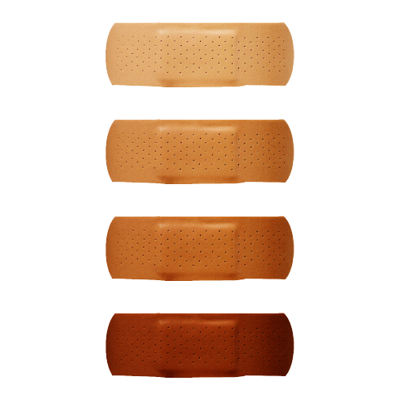 The Black Lives Matter movement has picked up a lot of steam in the past few months. From the shooting of Breonna Taylor to the hunting of Ahmaud Arbery, people from all walks of life have been coming together to stand for social justice for the Black community.

Some of America’s most popular brands have been speaking up as well, and in quite a loud way. Many companies have released statements following the gruesome acts that caused the Black Lives Matter movement to get the ball rolling again, while others have more dramatically “shown their support.”

Aunt Jemima, popular for its pancake mixes and syrup, is rebranding with a new logo and name. While Aunt Jemima was a real woman, according to a CNN article, the name and face of the brand came from a song performed at a minstrel show.

The “mammy image” of Aunt Jemima depicts enslaved women being satisfied with their treatment, according to the Ferris State University’s Jim Crow Museum of Racist Memorabilia. That is the face plastered on pancake mix boxes, syrup bottles and cornmeal sacks in supermarkets across the country.

In addition to rebranding, companies are adding products that better accommodate the Black community. Crayola has released its “Colors of the World” line, a 32-pack of flesh tone crayons, in an effort to be more inclusive of all skin colors. Band-Aid is also releasing a line of bandages focusing on darker skin tones to make a wound less noticeable for all shades.

Some people view these changes as support for the African American community and steps in the right direction. I, however, believe they are multiple steps back.

Before proceeding any further, I would like to disclose that I am Black, but my opinions do not reflect those of the entire community. Please keep this in mind.

As an African American woman, I see these changes as a way to trick Black people into continuing to purchase these companies’ products. The idea of making brands less oppressive is a great idea, but intentions make these acts less grand in my eyes than corporations expected Black consumers to view it.

Simple things to make Black people feel included should not take riots, protests and boycotts to be produced. A bandage that blends in with one’s skin is not a difficult demand. According to an Insider article, Band-Aid had planned to tackle this issue long ago but decided against the initiative due to “lack of interest.” With the increased awareness of the ills projected on the Black community, they have decided to relaunch this idea.

Do they expect to be praised for it? This is not to say that having more access to materials like this is not noteworthy, but why now and not then?

African Americans today, like our ancestors before us, are fighting not only for a seat at the table, but a meal on our plates and for the waiter to treat us as they would any respectable customer that entered the restaurant. In this fight for equality, personal gain disguised as support is not the result that I am looking for.

While I think that changing one’s logo to something that does not constantly remind African Americans of their struggles and adding more inclusive products are beautiful ideas, would companies have done so if Black lives were not being taken down in America’s streets?

Cover photo by Guneet Ghotra, graphic designer for The South End. She can be reached at fz8387@wayne.edu.