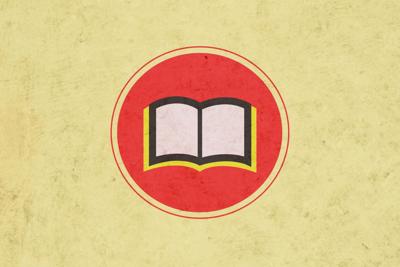 David Pitawanakwat, an Indigenous WSU alumnus and law student at the University of Windsor, said he wants WSU to offer an Anishinaabemowin class — one of the oldest Indigenous languages spoken by the Anishinaabe people in Michigan, throughout the northern Midwest and across Canada. The language is predicted to go extinct.

According to United States Census Bureau Information from 2006-2010 and the 2016 Census from Statistics Canada, it is estimated there are about 36,500 Anishinaabemowin speakers in the U.S. and Canada.

With only a handful of Anishinaabemowin speakers left across Michigan—the numbers dwindling every year—Pitawanakwat and other Native American students said they feel a sense of urgency.

“Every university in Michigan sits on land that has been moved from one (pair of) hands to the other. Either they drew a treaty, or it was stolen,” Pitawanakwat said. Detroit, and WSU, stands on Ojibwe, Odawa, Potawatomi tribal lands, according to WDET. The Iroquois, Wyandot, Fox, Miami and Sauk also hunted along Detroit’s rivers.

University of Michigan and Michigan State University both offer a minor in Native American studies and Anishinaabemowin language classes, while WSU does not.

Classes are created and funded based on student interest, College of Liberal Arts and Sciences Dean Stephanie Hartwell said. Students interested in Native American history are encouraged to reach out to her, the Linguistics Program and the Department of Anthropology. Students could push for a development fund, which is an opportunity for the public to cover the expenses of a class.

Alongside the Indigenous learning community, the NDN Native/Aboriginal Development Network, currently offered at WSU, Hartwell said she encouraged students to ask for events like poster sessions and exhibits in campus museums.

“When students speak about what they’re interested in, we try to meet them halfway about what we’re realistically capable of doing,” Hartwell said.

Pitawanakwat said even in a packed room for a NASO event, sometimes not one person could answer basic questions pertaining to Indigenous history, such as the tribal lands that WSU sits on or the Native American tribes in Michigan.

As a political science and sociology double major at WSU, Pitawanakwat said he couldn’t recall Native American worldviews being discussed in history and anthropology classes.

According to the WSU Office of Institutional Research and Analysis, 67 American Indian or Alaska Native students attended WSU during the winter 2021 semester. The State of Michigan reported that Native Americans are 1% of the national population and there are 130,000 Native Americans living in the state.

The NDN Native/Aboriginal Development Network assists Native American students in creating a network of support and cultural mentorship. The program is led by Associate Professor Sandra Gonzales, an ally of the WSU indigenous community, said Pitawanakwat and Estes.

Estes said non-Natives “being curious to look up history” is key to being an ally to the Indigenous community.

“In the 1970s, Indigenous people started getting the right back to religious freedom. There was genocide of the culture previous to that. With all that historical trauma, there’s some practices that have been lost. It’s kind of strange, because people are seeking to know that knowledge and we’re just kind of piecing it back together,” Estes said.

NASO has made some strides at WSU through the years. Before December 2017, a pre-ceremonial practice called smudging was not permitted at WSU.

When Pitawanakwat attended WSU and pushed for smudging rights, he said he experienced a lot of pushback and it took about two years until WSU allowed NASO to practice this ritual in campus buildings.

Estes said she wanted to smudge the entire campus, “not to make it a commodity, or something trendy, but make it be known.”

Pitawanakwat said a lack of understanding of Native American cultures created a “huge disconnect” between his Indigenous peers and the WSU administration. Estes said she shared these concerns.

“These are some of the barriers— having to explain why some of these processes are important. There's a lot of science and oral tradition that has to be shared in order for people to understand and accept it,” Estes said.

Estes said she recommends three books to understand Native American history, all of which are available online through the WSU library: “As We Have Always Done: Indigenous Freedom Through Radical Resistance” by Leanne Betasamosake Simpson, “Decolonizing Methodologies” by Linda Tuhiwai Smith and “Sharing Our Stories of Survival: Native Women Surviving Violence” edited by Sarah Deer, Bonnie Clairmont, Carrie A. Martell and Maureen L. White Eagle.

“With that awareness, there’s some healing,” Estes said.