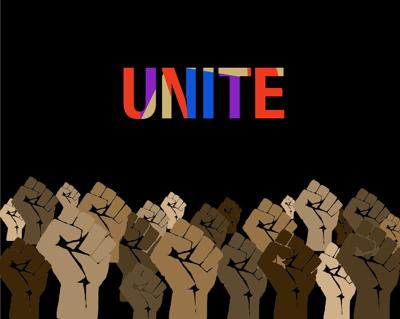 Social media has the ability to reach a mass audience.

In 2005, five percent of American adults had at least one social media account, according to the Pew Research Center. Over the span of 14 years, this number grew to 72% of people who use some form of social media.

Wayne State's Black student organizations are utilizing their social media platforms to spread awareness about injustices against the Black community.

“Our organization is very intersectional, meaning we belong to multiple oppressed groups —our being people of color and belonging to the LGBTQ+ community," Whitfield said.

SAY HER NAME! Iyanna Dior is a Black trans woman who was brutally beaten by a crowd of black men in Minneapolis, June 1st. She deserves justice as well. There’s still so much work that needs to be done in the black community, and conversations need to be had im regard to homophobia and transphobia in our community. It starts with us! We can never achieve justice for our black community if we are divided. Black lives matter, INCLUDING the lives of Black LGBTQ+ folk. Protect ALL of our siblings. To our trans siblings, WE LOVE YOU AND WE ARE HERE FOR YOU. YOU MATTER. If any of you need someone to talk to, please do not hesitate to reach out to your QTPOC family. Dear Iyanna, we stand with you, you are not alone. You are strong, you are brave, you are powerful, you are black, you are beautiful, and you’ll forever be family. We love you! SUPPORT IYANNA DIOR: CashApp $IyannaDIO #stonewall #stonewallriots #translivesmatter #blacklivesmatter #sayhername #iyannadior

Iyanna Dior, a Black transgender woman, was beaten by a group of people inside a St. Paul, Minnesota convenience store on June 1, NBC reported. While moving her friend's car, Dior hit several other cars and left the scene out of fear and not able to pay the amount one of the car owners was demanding. After taking safety in the store, the owners refused to call the police.

With June celebrated as Pride month, QTPOC also brought awareness to the impact transgender Black and Latina women made on the Pride movement during the 1969 Stonewall Riots.

Happy Pride Month to all of our siblings!! While we celebrate ourselves in this month of Pride, let’s also recognize that the war our Black siblings are enduring in this very moment is our fight as well. It is our responsibility to protect our Black siblings. It was our beautiful Black and Latina Trans women who began the revolution that kickstarted what we know now as Pride. Do remember in this fight for social justice against Anti-blackness, we are a voice for our black communities, NOT their voice. Respectful support your black siblings by listening to their wants and needs while allowing them to fight this very necessary war in their own ways (I.e protesting, rioting, looting, etc). To our brave soldiers fighting on the frontline, thank you for your bravery. To our affected siblings, stay safe, stay strong and most importantly, stay unapologetically Black. Much Love & Acceptance from your QTPOC Family. ❤️🧡💛💚💙💜🖤🤎 #blacklivesmatter #pridemonth

On June 28, 1969, police raided the Stonewall Inn in New York City’s Greenwich Village which served as a safe space for the LGBTQ community at a time where serving gay customers and having gay employees was illegal, according to History. Tires were slashed, bottles were thrown and police barricaded themselves inside the bar as the crowd resisted and grew outraged over the officers’ unjust actions.

The riots at Stonewall helped spread the gay rights movement beyond New York. Found at the center of the riots were Marsha P. Johnson and Sylvia Rivera, transgender activists and gay rights organizers.

“We made that statement to let LGBTQ+ members know that without Black women we wouldn’t have the rights that we have today as gay, lesbian, bisexual or trans people,” Whitfield said.

“We share posts about protests and we try to educate people that racism and injustice is a systemic issue and not just hatred or dislike and we need to take action,” Wardlaw said.

On June 8, B.B. posted a photo of the organization at a protest in Birmingham. The protest was hosted by the Black Activist Mobility Network Revolution and Power Detroit.

“We had Black vendors, DJ’s and refreshments during the celebration portion of the event,” Wardlaw said. “For the rally we had NAACP’s Heaster Wheeler speak on the importance of voting and we ended with a memorial for the lives lost in their fights to freedom.”

The Brotherhood is a WSU student organization dedicated to the social, academic and mental success of Black men, President Miles Reuben said. He used the organization's social media platform to shed light on the murders of Black people.

The organization released an official statement on their Instagram addressing the recent killings of George Floyd, Breonna Taylor, Tony McDade and Ahmaud Arbery.

We will not be silenced. Check the link in our bio to seek justice. #blacklivesmatter

“We’re working on ways to virtually protest from home because there still is a pandemic happening,” Reuben said. “Our Linktree in our Instagram bio is a remote way to help spread awareness and contribute to the cause.”

“For non-Black people asking how they can contribute, we're asking that you keep bringing these names up. If you have privilege you automatically have a platform that you can use,” Reuben said. “You can’t be silently anti-racist anymore, you have to speak up.”

Cover art by Guneet Ghotra, graphic designer for The South End. She can be reached at fz8387@wayne.edu.