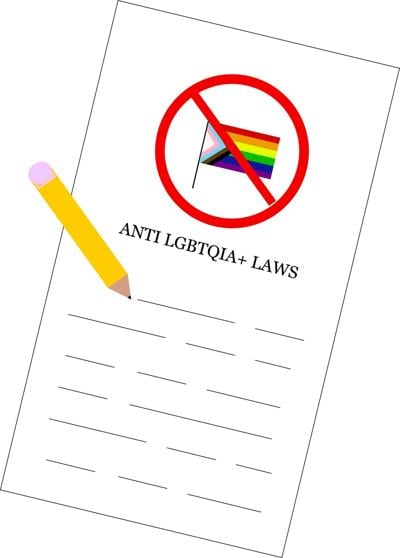 Editor's Note: This article has been updated with additional information to correct factual errors. The Opinion KP-0401 was published in February, and Ashton Niedzwiecki is a first year social work major.

A previous version of this article stated that the Opinion KP-0401 was published in early March and Ashton Niedzwiecki is a freshman social work major.

Wayne State’s School of Social Work sent a letter to the Texas government, asking them to rescind Opinion KP-0401, which equated gender-affirming produces to child abuse.

“(A)ny time we see a policy that is harmful like this (Opinion KP-0401) that goes against our collective ethics as social workers, we have to say something and also be working locally in whatever way we can to stop that sort of spread,” she said.

Paxton’s opinion means transgender, nonbinary, and gender-noncomforming youth could be taken from their families for receiving gender-affirming healthcare, Ballentine said.

“Family support is really important emotionally but also practically,” she said. “So we want to do everything we can to keep families together and not push a child into a situation where they might be more likely to be homeless, to run away, to be in a scenario where they don’t have health insurance.

Ashton Niedzwiecki is a first-year social work major focusing on the LGBTQ+ community and said the Texas legislation challenges his role as a social worker.

“It is really important to empower trans folks and to help them to lift themselves up—  to help them to see that they can live their full, true lives, but it's really difficult to do that when the world is telling them that they should not exist,” Niedzwiecki said.

Niedzwiecki said this puts all mandatory reporters of child abuse in a position where they are forced to risk their jobs if they want to protect trans, nonbinary and gender-noncomforming children.

“My hope is that social workers, if they’re going to err, to err on the side of protecting children from harm, which would be not reporting or not acting on a report,” she said, “but it potentially could put them in the position where they would then be having to decide whether they would follow their code of ethics or whether they would face criminal charges.”

“Any implication that positions are frequently doing sterilization procedures or surgeries on youth who are trans is just not what is recommended in the medical world, and we very, very, very rarely would see anything like that in someone at the ages that they’re talking about,” she said.

Walter-McCabe said the idea that all gender-affirming health care is permanent is also incorrect.

“(I)f children, as they get older, decide that they do not want to continue the process of gender-affirming care, they stop puberty blockers and puberty begins,” she said. “Or, as children get older, they then transition from puberty blockers to hormones, but that comes at a later point in time when the children are more late teens or young adults.”

The use of puberty blockers and hormones by minors are considered forms of child abuse under Paxton’s opinion.

“Conflating gender-affirming healthcare, which is medically necessary, with forced sterilization of minorities is just incredibly offensive,” he said.

Niedzwiecki said gender-affirming health care is medically necessary as evidenced by the repercussions seen when it is not available.

“There are a lot of aspects of trans-ness that makes this population dispaportionaltey vulnerable to suicidal ideation and that include access to hormone therapy and gender-confimation therapy when it’s deemed appropriate by that person’s doctor, by the parents when they’re youth,” he said. “When they don’t have access to those things, they are incredibly more likely to experience a lot of mental health issues including suicidal ideation.”

Ballentine said citizens can fight against anti-LGBTQ+ legislation by reaching out to their representatives and lawmakers.

“We have to stand in solidarity together because what often happens in policy situations… is that things will pop up in the county or state levels and as that spreads across counties in a state or across states within the union,” she said. “That’s how policies gain power.”

Kate Vaughn is a contributing writer for The South End. She can be reached at co7964@wayne.edu.