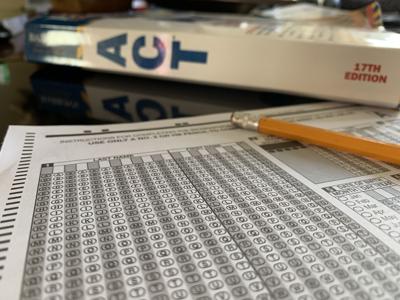 Wayne State is one of only four public Michigan universities to become test-optional in wake of the COVID-19 pandemic. However, its current policy is the only one that will not accommodate the public high school junior class of 2021, the key group that was unable to take their SAT or ACT this year.

Michigan and 28 other states have a state-implemented SAT or ACT, typically taken during spring of junior year, according to Testive.

The university’s test-optional policy, as it currently stands, is aimed at high school seniors who haven’t yet taken their tests, who plan to enroll in fall 2020, according to a university press release.

“We do not expect that there will be a significant number of high school seniors who have not taken any entrance exam,” said Dawn Medley, associate vice president of enrollment management in the press release.

Medley and Keith Whitfield, provost and senior vice president for academic affairs, co-drafted the proposal, which the Board of Governors approved. The goal of the policy was to avoid any delay for students who want to enroll this fall, Medley said.

The BOG may consider extending the policy to fall 2021 enrollees, said BOG chair Marilyn Kelly. First, the board wants a clear plan, she said. While Kelly doesn’t “favor anything” at this point, she expressed some skepticism about what opening up the policy might entail.

“If we don’t use test scores to determine who can be admitted, we have to have other procedures,” Kelly said. “From what I understand, it would require a lot more staff to implement those procedures. Or perhaps we would find a way around it,” Kelly said.

“We will not be hiring new staff at this time, and do not plan to perform an entirely holistic application review,” Lewis wrote in an emailed statement to The South End. “Our research has found that high school GPA is an excellent predictor of college success, and thus we will be using that data to inform our decisions regarding applicant admissibility,”

Kelly voiced concern about the university’s ability to evaluate students in alternative ways to testing.

“I’ve heard it said that the likelihood of an applicant succeeding at a university if the applicant scores below a certain number on the SAT, is very low. (In fall 2020), we’re not talking about so many people. We’re talking about a small number of students,” Kelly said.

Peyton Michalski is a senior at Lakeland High School. She plans to attend WSU this fall, pursuing a bachelor’s in psychology. She’s OK with the temporary policy since she’s already tested. Yet, the school hasn’t announced its SAT reschedule date, which is worrisome for some classmates, she said.

“Some of the people that I know are kind of stressed out about it because they’ve been preparing it for so long,” Michalski said.

OU officials chose to implement the policy for fall 2021 precisely because of this problem, Lewis said. Michigan students will not be able to take their state-sponsored SAT until fall of their senior year at the earliest, he said.

“If institutions do not offer test optional admission, they may not be able to make offers of admission for many Michigan students until late fall,” Lewis wrote. “This places students at a disadvantage, because they will not have available to them an accurate outlook on their college options until much later into their senior year.”

Exempt from Wayne State’s 2020-test optional policy are students who: