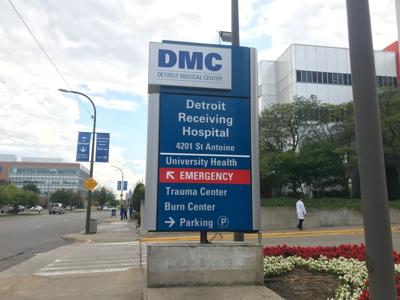 The Detroit Medical Center and its parent company Tenet Healthcare Corp. announced on May 6 some Wayne State pediatricians will be able to work at DMC’s Children’s Hospital of Michigan, but most will still be banned from practicing.

The clarification comes after Tenet Healthcare announced all WSU pediatricians were banned from working at the Children’s Hospital on May 5.

According to WSU Director of Communications Matt Lockwood, WSU isn't satisfied by the May 6 declaration from DMC due to a lack of clarity and affirmation of the ban.

“The DMC statement appears to be intentionally vague and misleading, leaving several unanswered questions, such as whether Wayne Pediatrics can admit and consult on patients as their privileges allow, and what specialty services are not covered in the alleged exclusivity arrangement," Lockwood said.

"The bottom line remains that based on what we now know, this act removes dedicated pediatricians from a hospital where they've served children for decades, in the midst of a global pandemic.”

DMC said in a statement pediatricians who left to join Wayne Pediatrics will remain part of DMC’s medical staff and provide specialty care for patients that aren’t exclusive to the DMC contract with University Pediatricians.

“DMC regrets that Wayne State chose to develop a competing pediatric group which has resulted in a potential separation in the pediatric community that has been a hallmark of excellence in Detroit and at Children’s Hospital of Michigan for decades,” the statement said.

WSU created Wayne Pediatrics in April 2019 after UP and the school terminated their agreement, and UP signed a partnership with Central Michigan University.

School of Medicine Dean Mark Schweitzer said in an email the May 5 move to ban WSU pediatricians is a reversal of previous statements by DMC leadership.

“This decision comes only a few weeks after Audrey Gregory, the new chief executive officer of the Detroit Medical Center, assured WSU officials that Children’s Hospital of Michigan has an ‘open medical staff,’ allowing physicians who meet requirements and standards to provide care in the hospital. WSU physicians meet those standards,” Schweitzer said.

“DMC medical staff bylaws do not tie a physician’s employer to his or her medical staff privileges. If you change employer, as long as you are in good standing as a physician, your privileges remain intact,” Schweitzer said. “To violate this norm is unprecedented and unconscionable, and far worse, it affects the health of children by separating them from their doctors.”

UP said in a statement that WSU’s claims about DMC banning pediatricians were “blatantly false,” The Detroit News states.

Tenet Healthcare played a role in the ban of WSU’s pediatricians, according to Lockwood.

Lockwood said the university received a lack of clear communication from Tenet Healthcare on why this change was implemented.

“Rather than responding to our inquiries about how this decision was reached, despite prior assurances that doctors could continue to serve their patients, or why this discriminatory practice only applied to Wayne State faculty, we were informed that we must contact a high-priced law firm hired by Tenet to defend this unconscionable decision,” Lockwood said.

According to Schweitzer, the decision to ban WSU pediatricians is part of a larger effort by Tenet Healthcare to “irreparably harm the Detroit Medical Center’s decades-long relationship with Wayne State University and its School of Medicine” and demonstrates “tenet’s prioritization of profits over patients.”

Lockwood said WSU views the ban as an affront to the health of Children’s Hospital patients, particularly in the midst of the COVID-19 pandemic.

“This immoral act puts children at risk and separates doctors from patients in the midst of a global pandemic. We will vigorously oppose this despicable act, and urge members of our community and government leaders to do likewise,” Lockwood said.

Schweitzer said the ban has serious negative consequences for local youth in need of medical attention.

“While this latest tactic takes aim at our physicians and the School of Medicine, it more importantly denies the children and families of Detroit and southeast Michigan access to the finest doctors who have practiced in Children’s for many years,” Schweitzer said.