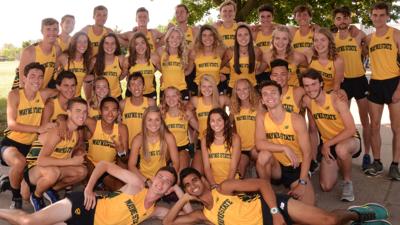 The Wayne State men’s and women’s cross-country teams entered the season hoping to continue their climb toward the top of the conference and boost their chances of making the NCAA Championship.

The teams hoped that a blend of youth and experience would lead to success as the teams began their season. Both the men’s and women’s teams combined to have 25 freshman and sophomore runners.

The teams posted strong starts to the season by winning the Running-Fit Detroit Mercy Titans Invite and the Warrior Challenge, which was the team’s home meet in New Boston, Michigan.

The women’s team secured a berth in the NCAA Championships, the team’s first appearance in the event since 2014.

Head coach Grant Lofdahl said he felt the team performed well considering the team’s experience and the level of competition they faced at the championship.

“We ended up 25th in the country out of 300-plus women’s cross-country teams in D-II,” Lofdahl said. “(We) had zero experience going into a national meet for any of our athletes, and they performed at a high level.”

Lofdahl said the NCAA Championships allowed the women’s team to gain valuable experience, as they competed with some of the best teams in the country.

“We took eight people along, seven at the meet and six of the eight were freshmen and sophomores, so that’s experience you can’t get any other way than going to the national championship, and getting that whole ambiance, and being at that meet with that competition,” Lofdahl said. “That’s going to help our group a lot in the future with having that experience.”

Lofdahl said the last two years have been a learning experience for the men’s squad, but he’s looking forward to the future ahead.

“We are still very young, and we are very excited about the future,” Lofdahl said. “Next year, I think we will have less experience and will have a lot of juniors and next year’s squad will have competed at the Midwest Regionals, so yes I’m very pleased with the progress that has been made.”

On the men’s side, Lofdahl said two freshmen showed promise throughout the season, calling their performances a “pleasant surprise.”

“Ransom Allen who was All-GLIAC (Second Team) and very close to being Freshman of the Year in the conference, and Donald O’Keefe, who had a great freshman year, came along really fast and was a top-seven runner for us all year,” Lofdahl said.

Jonathan Szczepaniak is a contributing writer for The South End. He can be reached at gj3693@wayne.edu