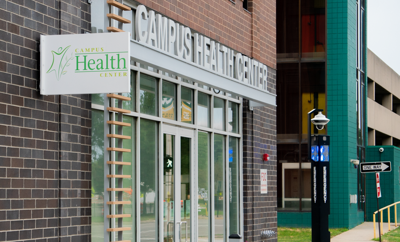 Wayne State issued a mandate requiring all students, faculty and staff coming to campus receive a flu shot by Oct. 15.

While the COVID-19 pandemic is still a significant threat to campus health and safety, WSU is taking measures to mitigate the threat of other infectious diseases such as the flu, Interim Provost Laurie Lauzon Clabo said. The vaccine will not protect against COVID-19, but flu vaccines have many benefits.

“Flu vaccines have been shown to reduce the risk of flu illness, hospitalization and death,” she said. “Getting vaccinated will reduce your risk from the flu and also help conserve potentially scarce healthcare resources.”

“If your insurance does not cover the flu shot or if you are uninsured, you will not receive a bill,” she said. “You may also receive a flu shot at your primary care provider or most pharmacies, however, they may not be free at those locations.”

Other locations in Detroit where people can get flu shots include Walgreens, Rite Aid, CVS, Meijer, Target and Walmart pharmacies, urgent care centers and county health departments, according to VaccineFinder.

“Everyone's insurance is different, so I would recommend they call their insurance companies for referral to a location where their flu shot is covered,” said Erika Blaskay, CHC community outreach nurse.

Members of the WSU community must notify the CHC that a flu shot has been received by uploading documentation to their Patient Portal, Clabo said. Nursing, medicine, pharmacy, physical therapy and other students in health majors should notify their department, with each school having a documentation process.

“I believe that the mandate is important,” said Amanda Benjey, WSU senior dance major. “It will keep campus life safer and will reduce the chances of more people getting sick, especially since the pandemic is still a major factor of life right now.”

Benjey received her flu shot through the CHC at Leon H. Atchison Hall, finding the process very easy, she said.

There are two exceptions to the mandate.

Enas Alani, a student at WSU, feels that mandatory flu shots are a violation of her rights. She said the announcement should have come prior to students registering for classes.

“It’s one thing to encourage students to get flu shots and it’s another to randomly come up with a rule that forces all students to have to get their flu shots within a couple weeks,” Alani said.

Alani will receive the vaccine through her primary care physician, if she chooses to get one, she said. For now, she plans to see what other students will do and if WSU will enforce violations.

“I don’t think it’s fair or constitutional that I have no other option but to get a flu shot that’s effectiveness is not even solidly backed up by science,” she said. “I refuse to be bullied or forced into injecting a foreign substance in my body that’s effectiveness or harmfulness hasn’t been sufficiently proven yet.”

Studies show flu vaccines can reduce the risk of illness by 40% to 60% during seasons when flu viruses are common, according to the Centers for Disease Control and Prevention. Flu vaccines are designed to prevent illness caused by three or four viruses that researchers determine will be the most common during a given season.

If a person fails to provide proof of receiving the flu shot or their declination form by Oct. 15, they will not be allowed on campus until documentation is shown, Clabo said.

Regardless of the mandate, Blaskay said she recommends all faculty, staff and students get their flu shots.

“You never know if you want to come to campus to visit friends, get a coffee, go to the bookstore or library,” she said. “Anything is possible.”

Students planning to get their flu shot on campus can call the CHC at (313)577-5041 to schedule an appointment or make an online appointment for flu shot clinics, according to the CHC. The next clinics are taking place Oct. 12 to Oct. 14 at the Eugene Applebaum College of Pharmacy and Scott Hall on Oct. 15.