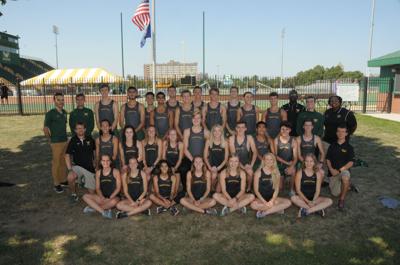 The Wayne State men’s and women’s cross-country teams are looking to post their first victories of the season when they return to the track on Oct. 6.

“We definitely improved (and) we had some people run extremely well,” Lofdahl said.

“He is mentally tough, he has a lot of natural ability and he’s very mature in the way he goes about things,” Lofdahl said.

Defrain has three top-five finishes this season, posting a win at the GRCC Raiders Invitational.

Lofdahl said Defrain’s quick adjustment to college-level athletics has been a “pleasant surprise.”

“(I) thought she was going to be good but didn’t realize she was going to succeed this much this quickly, (just) a month and a half into her college career,” Lofdahl said. “She’s got two GLIAC Athlete of the Week awards and that’s pretty good company to be in.”

After a week off, both teams return to action at the Lewis Conference Crossover Invitational, hosted by Lewis University Oct. 6 in Romeoville, IL.

Lofdahl said that the competition at Lewis is a “key meet” for the team.

“It will be a great learning experience for sure, regardless of how the score turns out,” Lofdahl said. “It will be great for the athletes to compete against those (types) of athletes and teams.”