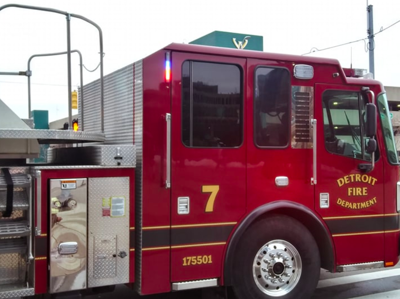 Firefighters responded to a small electrical fire at Wayne State’s Student Center on Jan. 27 around 10:00 a.m.

The alarm was set off when a loose fan belt in one of the building’s variable air volume boxes caught fire and began smoking, Director of Communication Matt Lockwood told The South End.

The VAV is part of the air flow system in the Student Center’s Heating, Ventilation and Air Conditioning system.

The building was cleared and students were able to re-enter the building around 10:20 a.m.

Jacquelyn Myers, a WSU neuroscience major, had just entered the building when the fire alarm started going off, she said.

“My friends and I were going to ignore it, but they said, ‘no you have to go,’” she said.

Myers said they were going to ignore the alarm since it went off in the Student Center twice last week, she said.

Jalen Clark, a public health major, was relaxing in the Student Center before class when the fire alarm went off, he said.

“I never heard it (fire alarm) here and didn’t know what it was,” Clark said.

Some students were slow to exit the building, Clark said.

“The girl sitting in front of me didn’t get up for a while,” he said.

The Student Center staff was very helpful, Myers said. “They did a good job getting everyone out of the building.”

Jack Filbrandt is the arts and entertainment editor at The South End. He can be reached at jackfilbrandt31@gmail.com

Cover photo by Matt Williams. Matt is the sports editor for The South End. He can be reached at mattmwilliams86@gmail.com