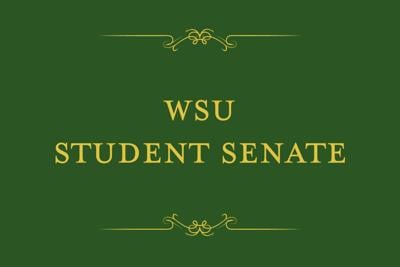 Wayne State Student Senate discussed COVID-19 and several other health concerns that may affect the community at its Sept. 17 meeting.

WSU’s tipping-point metrics system is designed to show students how the university will respond when positive COVID-19 cases reach a certain level, according to WSU’s Health and Safety Guidelines page. The university would move to depopulate campus if 15% of tests are positive, three or more clusters of cases appear in a seven day period or if there is a three day average of 15 new cases a day.

“Our positivity rate on campus for this week is 2.44%, which is well below any of our target metrics,” Clabo said. “We talked about clusters, we have none. We have gone four days in a row without a new case on campus and our seven day rolling average of new cases is one new case per day.”

WSU is requiring all students get flu shots, Clabo said. As winter rolls around, this is becoming increasingly important as the viruses have similar symptoms and can coexist.

“There is some early evidence which suggests that influenza A and B and COVID can coexist concurrently in the same person,” she said. “If that happens, that is not a good prognostic indicator and generally leads to worse outcomes.”

There is evidence that in, some cases, people that test positive for COVID-19 and have received the flu shot experience fewer symptoms, Clabo said. Students are encouraged to stay home if they are not feeling well.

In a move to address a different health concern, Senate launched an initiative to give students glasses that block blue light.

According to the resolution read by president Riya Chhabra, the increased amount of screentime students have means they are receiving more blue light, which in turn can cause eye damage.

The resolution allocates $2,500 towards this initiative, in which they will be able to disseminate 1000 pairs of these special glasses to students.

In addition to public health, Hadiya Afzal, the midwest regional coordinator of student poll workers for Campus Vote Project, joined the meeting to present a fellowship opportunity with her organization.

Afzal said this online fellowship is to be a recruiter for poll workers for the upcoming November election. They are currently looking for two WSU students.

Each fellow will receive $1,000 for their services, according to the Campus Vote Project.

There is ample opportunity to get politically involved, Afzal said. Detroit is seeking poll workers for the election, as the COVID-19 pandemic causes a nationwide shortage of workers.

“The urgent need for poll workers is what prompted the logic of this program by the Campus Vote Project,” she said. “Every eligible voter who wants to vote should be able to vote without major inconvenience.”

Applications are open, and you can apply on the organization’s website.

Student Senate will host their next meeting on Oct. 1 at 6 p.m.