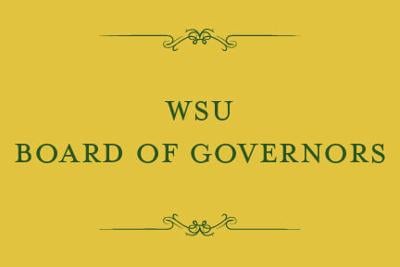 The Wayne State Board of Governors approved the establishment of two new masters programs, extended the suspension on standardized testing for admissions and reviewed dining and housing rates in its meeting held over Zoom Friday.

Before the BOG meeting, the Academic Affairs Committee met to discuss the two new masters programs.

Mark Baskaran, chair in the Department of Geology, said the programs are the first of their kind in the United States.

“It will be completely online. When we did some research to find out what similar courses are offered around the nation, we did not find much. There are many online programs, but not with the sole focus on changes in the environment,” Baskaran said.

In addition to the new programs, the Academic Affairs Committee voted to extend the suspension of ACT and SAT admission requirements through fall 2022.

Though 60% of Michigan high school graduates took either the ACT or SAT in the fall of 2020, the 40% of students who could not were disproportionately identified as low-income, first-generation and students of color.

The inability for some students to take the test, coupled with late-notice cancelations, was crucial in the decision to extend the suspension, Interim Provost and Senior Vice President for Academic Affairs Laurie Lauzon Clabo said.

“Disadvantaged students and students in our Detroit metro environment are having trouble accessing the standardized tests. Those that were planned to be offered, many of them were canceled as a result of the recent surge of cases in Michigan. We continue to see that it is really, really difficult for students to access the ability to take the SAT or ACT,” Clabo said.

Though occupancy in WSU housing declined significantly due to the COVID-19 pandemic, rates may continue to rise. However, it’s still a good deal for students compared to other locations, Michael said.

“Our unfurnished apartments are still a value for our students. Both as we compare against our national peers and also locally in the Midtown market,” Michael said. “Our rates have been going up 3% per year and Midtown has been going up anywhere between 4-6% per year.”

BOG Chair Marilyn Kelly raised concerns about the increasing rates potentially placing WSU amongst the most expensive housing facilities in the state. Michael said he did not think rates would be an issue due to the changes made in dining.

“I don’t believe this will be the case. About all the schools are bunched in the middle with about a $300 or $400 spread. Certainly we need to pay attention to the benchmark rate, but we can help mitigate these expenses by being very careful about our dining rates,” Michael said.

Regarding dining, Michael said WSU was planning on reenvisioning its approach to the dining program heading into fall 2020. However, COVID-19 delayed many of the plans that will now be unveiled in fall 2021.

Next semester, students will have access to a variety of new retail dining options, according to WSU Dining. Meal plans will also include a combination of Warrior Dollars and OneCard Dollars that students can use at an expanded number of on-campus locations. There will be a removal of the campus requirement to use WSU Catering for events under $1,000 and an expansion of catering choices.

Other events and actions were made at the BOG meeting including: