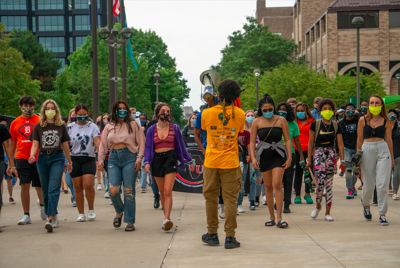 The protest was held in response to the Aug. 23 police shooting of Jacob Blake in Kenosha, WI, and to demand justice for all lives lost to police brutality.

“We can’t go back to school thinking it’s the status quo, it’s not. We’re getting killed everyday and justice is not being served,” said BSU president Jeremiah Wheeler, a global supply chain management major and African American studies minor.

The protest began at Gullen Mall, with about 40 people marching through campus. They continued to march east on Warren Avenue, ending at the Charles H. Wright Museum of African American History.

To ensure the safety of those attending the protest, masks and other precautions were mandatory, Wheeler said.

“We asked WSU students attending to fill out their campus screeners before coming to campus, social distance markers taped six feet apart to make sure everyone is at a safe distance,” he said.

Wheeler greeted the crowd with the saying “Habari gani?” —meaning “What’s the news?” in Swahili.

Cars passing by honked and bystanders raised fists in solidarity with the protesters.

Kennedy Twine, WSU senior and the NAACP social actions chair for BSU, spoke to those participating.

“Death and violence should not be something that we see on a daily basis, it's time for it to stop. It’s time for us to make it stop,” Twine said.

Sailor Mayes, a WSU sophomore political science and communications major, said she appreciated the opportunity to support BLM as a student.

“I’m glad we’re kicking off the school year like this because it needs to be addressed, especially on the Wayne State campus,” she said. “We have such a diverse community and we really needed this this year, so that’s why I’m here.”

The protest ended with attendees singing “We Shall Overcome.”

“I think it’s extremely important that students do marches and events like this because it shows not only people in higher positions, but fellow members in your community that it doesn’t matter how old you are or what societal background you come from, you can still make a change as long as you allow yourself to be that change,” he said.

It is important to take action against racial injustice, Wheeler said. One of the ways to take action is through voting and encouraging peers to register and vote in the November election.

“We really want to stand up for the lives that have been taken and to set the tone saying that we can focus on academics and focus on justice and freedom at the same time,” he said. 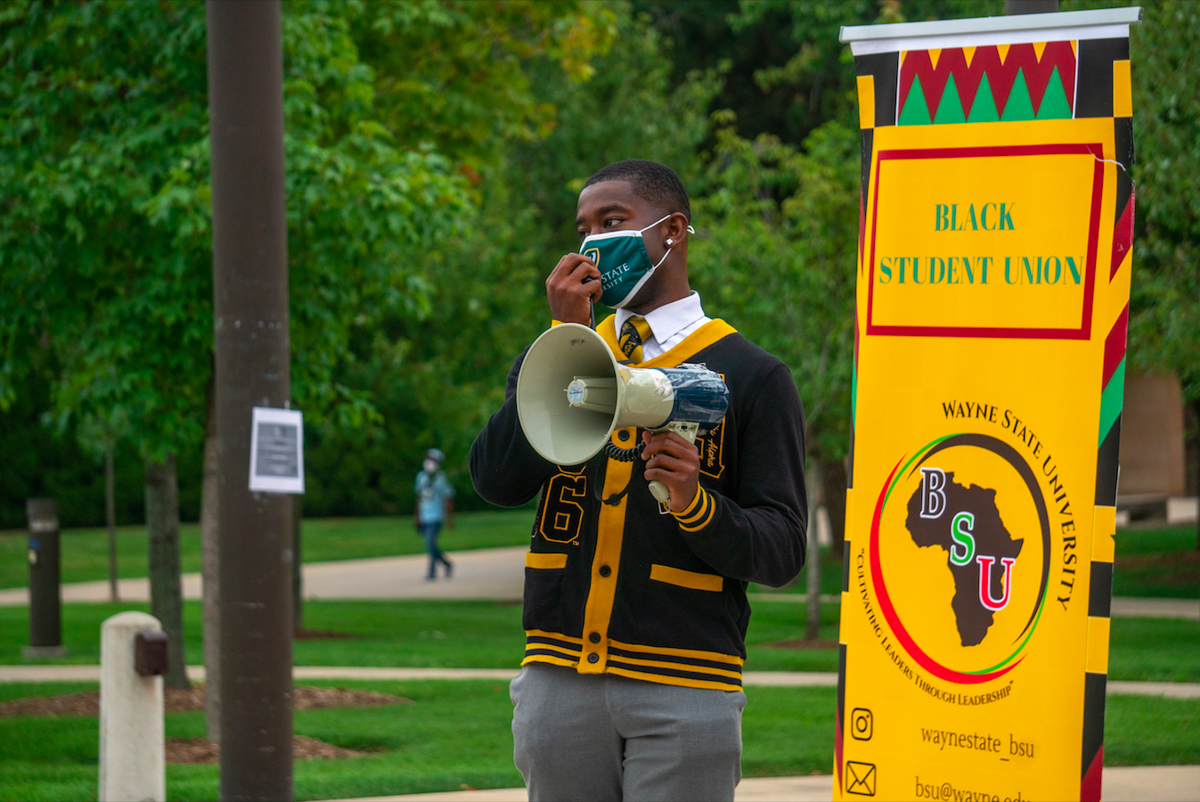 Anthony Leverett speaking to students in attendance during the BSU student protest at Gullen Mall on Sept. 1, 2020. 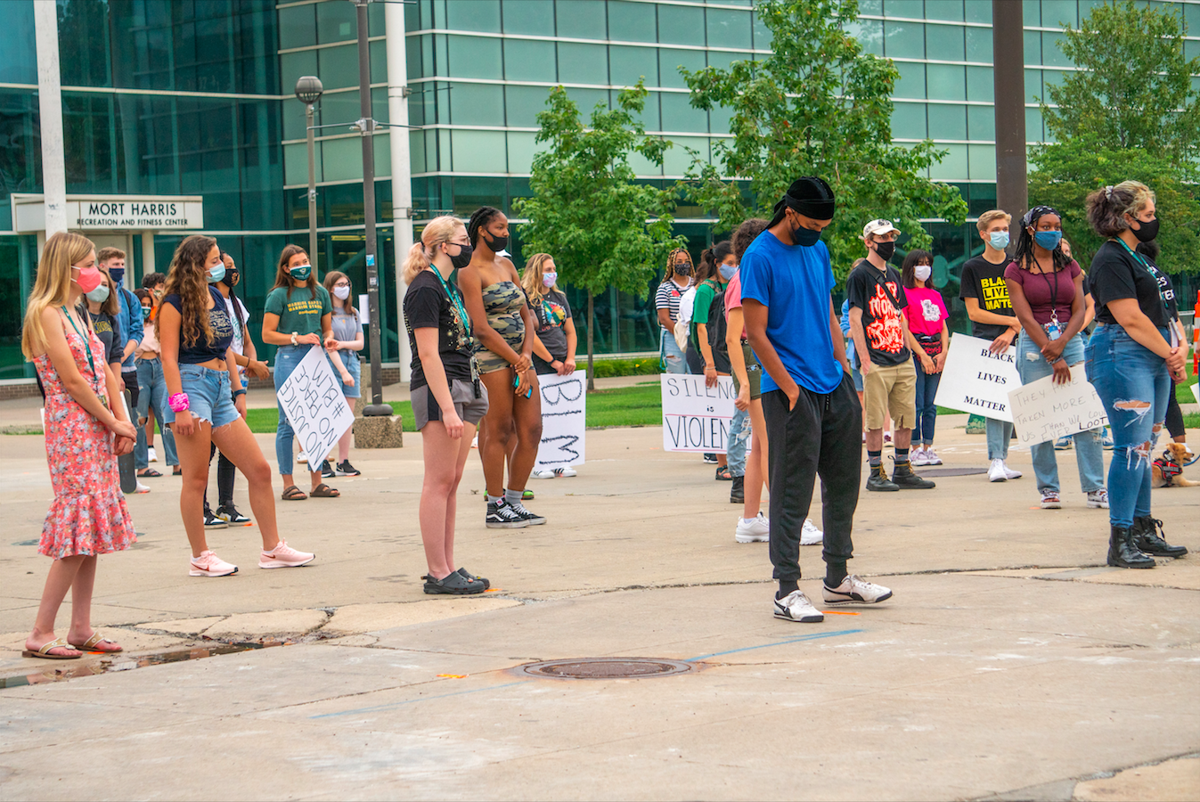 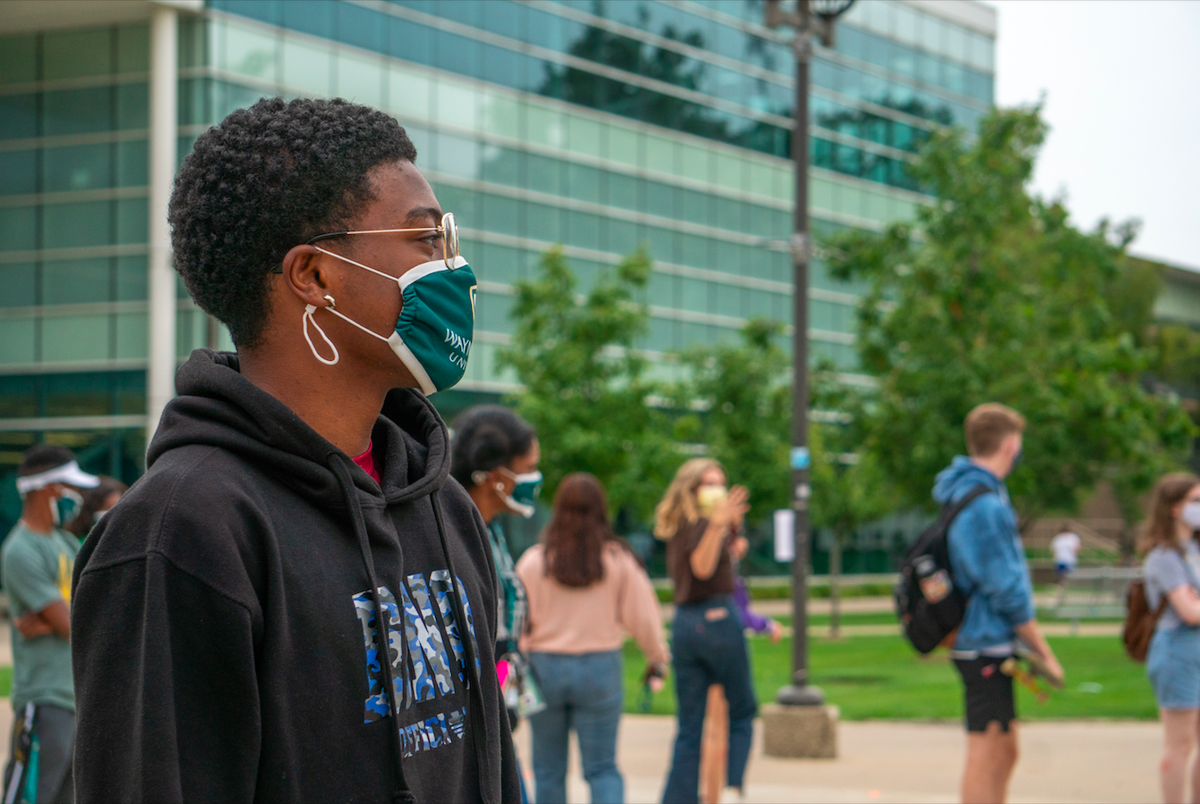 Tyrese Marshall during the BSU protest at Gullen Mall. 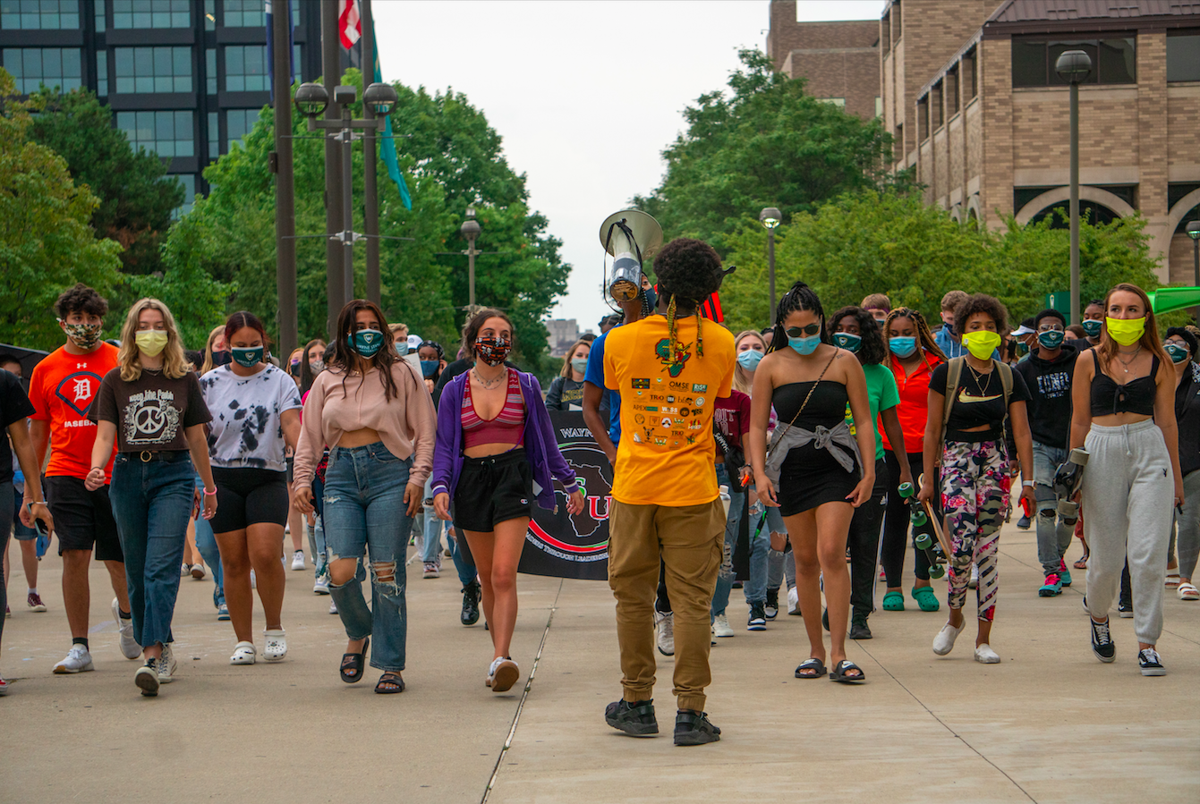 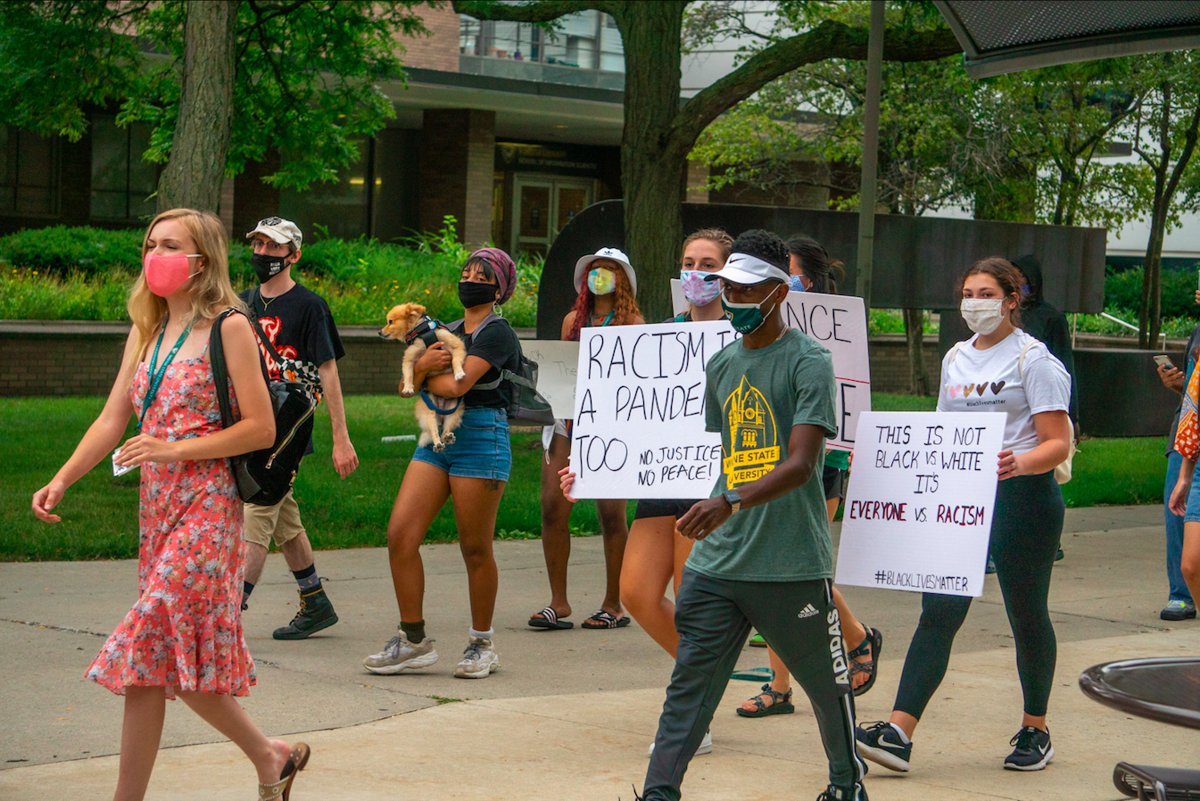 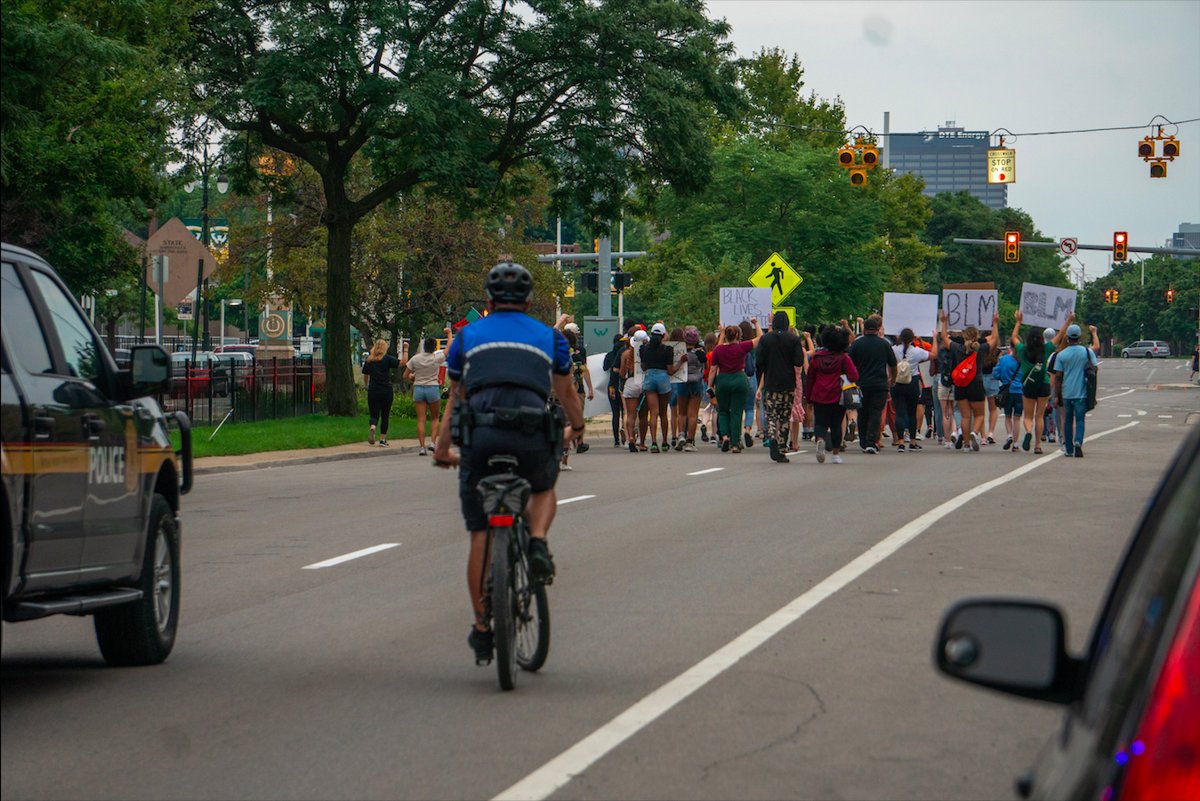 Anthony Leverett speaking to students in attendance during the BSU student protest at Gullen Mall on Sept. 1, 2020.

Tyrese Marshall during the BSU protest at Gullen Mall.

Photos by Quinn Banks, The South End's multimedia editor. He can be reached at multimediaeditortse@gmail.com.