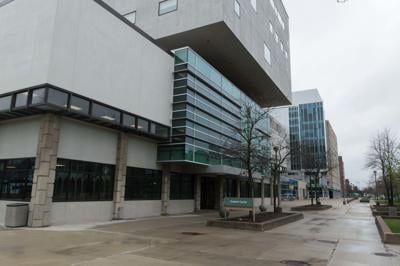 In response to the COVID-19 outbreak and its effect on student incomes, a Wayne State student created a petition urging WSU to lower the cost of spring/summer tuition.

Mohammed Nafis, junior biology major said he created the petition after learning his friends couldn't afford spring/summer courses due to the loss of their jobs and work-study programs.

“Wayne State has done a good job responding to students requests and petitions during this time. Hopefully the petition will be placed in effect as well,” Nafis said.

Nafis said he has taken summer courses at WSU for three years and was okay with the cost of tuition. However, spring/summer classes are now online and he said it is unfair to pay the same price.

“Why should I have to pay a bunch of money for classes that I will be taking from home?” he said.

“I work many hours a week and now because I am laid off it will be difficult for me to pay my tuition. That is unless Wayne State wants to give me some scholarship,” he commented on the petition page.

“President Wilson has asked us to back off course material fees, in cases where we can. There are some fees that may still be charged where justified,” Krushchinska said.

He said most colleges removed these fees from student accounts for the upcoming semester.

Matt Lockwood, director of communications, said the Board of Governors will be making a decision about fall tuition at their June meeting.

“The administration and the board are looking at a variety of tuition scenarios, and the board will vote on the final determination at its June meeting,” Lockwood said.

Michigan State University announced that they are freezing any tuition increases for the next academic year.

The fee’s necessity is being questioned by students.

“We shouldn't pay for something we're not receiving,” wrote music student Caoilfhionn Davis after signing the petition.

A student services fee is billed to students as a part of tuition every semester. It’s “used primarily to maintain, upgrade and replace student computing and technology resources on campus. A small portion is also used to fund, and enhance programs directed toward improving on-campus activities, including athletics,” as stated on the WSU tuition and fees page.

“A student taking 18 credit hours will have to pay up to $680.76 for resources that they do not have access to for both the half of winter semester and the entire spring semester,” Chowdhury wrote.

Kruschinska said he has not heard of any plans to reduce or eliminate the student service fee.