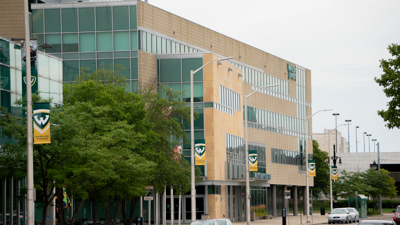 A cluster is five or more cases connected to each other by contact tracing, according to WSU’s health and safety guidelines.

WSU does not plan on imposing any new restrictions because of the cluster, Director of Communications Matt Lockwood said in an email. The university will continue to monitor the community's health.

“The identification of a single cluster is not unexpected and does not meet our trigger metrics for specific action beyond heightened alert,” he said.

WSU learned of the cases and their relationship beginning on Sept. 21, Lockwood said. By Sept. 24, the definition of a cluster was met.

The trigger metrics, guided by regional and WSU COVID-19 data, outline some operations moving remote if two clusters are recorded on-campus over the span of a week, greater than 10% of tests come back positive or more than five new cases are recorded in a building, lab or program in one day.

All WSU operations will become remote if three or more clusters are recorded in one week, greater than 15% of tests are positive or 15 new cases are recorded over a three day average.

The WSU COVID-19 Dashboard, which tracks cases on campus and test results, is updated every Monday with COVID-19 data recorded throughout the previous week, according to the CHC.

Last week 10 confirmed and two presumptive positive cases were recorded. Of the 161 tests given, 4.96% came back positive.

During the week of Aug. 23, WSU’s move-in week, nine positive cases were recorded and of the 1,106 tests given, less than 1% came back positive.

“We continue to encourage individuals to get free COVID-19 testing at the Campus Health Center. Along with the Campus Daily Screener, and universal mask use, robust testing is our best strategy for continuing with a safe restart,” Lockwood said.

Almost 1,600 tests have been administered this semester, according to the dashboard.