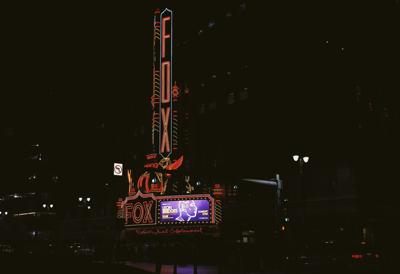 One of the most exciting aspects about learning and living in Detroit is the eclectic music experiences students can be a part of. The city’s lively music scene leaves fans with a plethora of events to choose from, so it is important to be on the lookout for the latest and most affordable events.

“I think the best way [to prepare for a concert is] to buy tickets early if it’s going to be a big show,” said Ann Mark, a Wayne State senior chemistry student. “They might have potential to sell out — that way you don’t pay more for resale tickets. It’s also good to look over a few different sites to compare prices.”

To help you fill your calendar for the remainder of 2018, here's a list a notable acts coming to Detroit:

Fresh off the release of his second LP, “Bloom,” the Australian musician — and now actor — is making a stop in the Motor City as a part of his U.S. tour. The “Dance for This” artist is well-known for his support and activism with the LGBTQ community. Also, each digital concert ticket comes a copy of his latest album.

Boy band Brockhampton has made a big impression on the young-adult music scene. After visiting Detroit for the Mo Pop Festival and releasing three promotional singles this past summer, the group has more to bring back to Detroit. They will be making their return at the Masonic Temple in support of their latest album release, “Iridescence.”

Activist and musician Lecrae made history with his 2014 album “Anomaly” and is continuing to break records with his latest offering — “Let the Trap Say Amen.” The “I’ll Find You” artist will be making an appearance this fall, alongside Andy Mineo.

Top Dawg Entertainment-signed artist, Jay Rock, has been making waves with his recent guest-heavy album “Redemption.” The California-based rapper has consistently been present in the music scene ever since his earlier mixtapes and — most notably — his debut “Follow Me Home”in 2011.

After the release of her three EP’s, including the popular “I Used to Know Her: The Prelude,” H.E.R. is returning to the metro Detroit scene. The mysterious “Focus” singer has made plenty of year-end lists, but still manages to stay behind a pseudonym, as well as a captivating sound.

The Michigan-based band is returning for three holiday shows in support of their debut album, “Anthem of the Peaceful Army.” The nostalgia-inducing, Led Zeppelin-inspired “Highway Tune” brings a fresh twist to the classic rock genre.

Concert Etiquette: Know before you go

I really like to visit this site of handford history project, , interview with Charles Davis is very nice, gonna add it in essaywritinglab.co.uk reviews, thank you so much for posting with this.

Very good post. Lots of information mentioned in this blog. Thanks for sharing here.
Outdoor media in pakistan