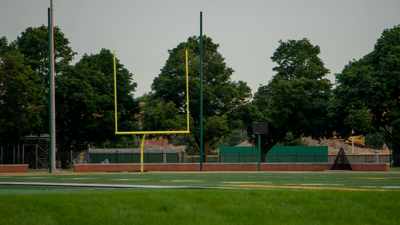 Wayne State hosted a virtual homecoming week from Sept. 27 to Oct 3., with activities for students to engage with one another.

This year Wayne State’s homecoming was noticeably different than those of years past, due to the COVID-19 pandemic. Despite the primarily virtual format this year, there was still a substantial amount of school spirit and student engagement.

Coordinator of Student Activities Teresa Wesolowski said the effort to plan homecoming was made collaboratively.

“Units and departments across campus graciously came together and work to ensure the tradition continued,” Wesolowski said.

Organizers of the homecoming week include WSU Athletics, the Division of Development and Alumni Affairs, Marketing and Communications, Special Events and Services, Housing and Residential Life, the Office of Multicultural Student Engagement and more, Wesolowski said.

The week was full of activities and events in celebration of homecoming, which were highlighted in stories and posts made on the WSU Instagram page. The events ranged from spirit trivia and decoration completions to virtual tailgating.

“Personally, I attended the events that took place,” Wesolowski said. “This provided me the opportunity to connect with other Warriors and feel a sense of belonging at WSU.”

Coordinator of Student Engagement Brandon Shamoun was involved with the organization and planning of this year’s homecoming court. There was a limited amount of time to promote homecoming court applications to students.

“Once orientation part two ended I was shifting to plan homecoming, but only had a few weeks to put together the application and things like that,” Shamoun said.

Though there were time constraints, Shamoun said the homecoming court selection committee still saw a great deal of participation from applicants this year.

“I think they are doing a great job even though it’s virtual,” said Priya Kanduri, a homecoming court member. “They are making it seem like students are still on campus and can still do the things going on.”

Kanduri was one of eight students selected to be a part of this year’s homecoming court. She said the reason she applied for the court this year was to highlight the Campus Activities Team.

“I wanted to represent the Campus Activities Team, especially because it has grown in the last two years,” Kanduri said. “I just want to represent all the hard work they put in.”

Kanduri encourages other students who want to be more connected with campus and have fun while planning events to join CAT, she said.

“It is a great opportunity for many of the students who are trying to get involved on campus and want to be a leader,” Kanduri said.

When it comes to homecoming week, Kanduri said she thinks event organizers did a great job maintaining school spirit.

“Although it’s really hard, I think they are making it possible for every student, especially freshman, to recognize that this is homecoming week,” Kanduri said.

The event was a success because it helped bring the WSU community together, Wesolowski said.

“Anytime we have the opportunity to connect Warriors to each other and to campus resources is a success,” she said.