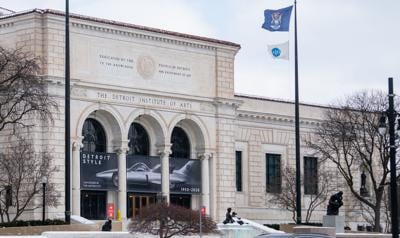 As of spring 2021, free outdoor public Wi-Fi will be available in Detroit’s Cultural Center. This provision was made possible by the Cultural Center Planning Initiative, with a $500,000 grant from The John S. and James L. Knight Foundation.

Outdoor access would range from Cass Avenue to Brush Street, and from Ferry Street to Warren Avenue in Midtown. This would encompass notable Detroit cultural institutions including the Detroit Public Library, the Detroit Institute of Arts and the Charles H. Wright Museum of African American History.

The Cultural Center Planning Initiative digital strategy was based on the need for accessible and reliable networks in the area, according to the website. The driving belief of the initiative was open access to free outdoor Wi-Fi would attract visitors to the Cultural Center and inspire more outdoor programming.

As a whole, the CCPI would benefit the community, said Annmarie Borucki, director of arts and culture for Midtown Detroit, Inc., who was heavily involved with the initiative.

“As the pandemic has taught us, Wi-Fi is a much-needed amenity to conduct business, to gain information, and is vital for schools and universities. Many downtowns and cultural centers around the world offer free Wi-Fi to their visitors to get them to linger longer in their public spaces,” Borucki said. “We are also aware that Detroit is one of the least connected cities in the country, and if we can do our part to help Detroiters gain access to the internet, then all the better.”

Detroit’s Cultural Center holds many of the city’s most important artistic and cultural landmarks. Accessible Wi-Fi around these institutions would promote the arts and expand audiences, Borucki said.

“Again, the pandemic has shown there is a demand for more public spaces for people to safely gather outside. At the same time, most of us have been in a cultural depression for close to a year. People need arts and culture now more than ever,” Borucki said.

The initiative is also a collaboration with Wayne State University Computing and Information Technology. The Cultural Center’s free Wi-Fi would be a temporary extension of the current WSU campus network for the first five years until a more permanent system is created, Borucki said.

“We recently completed a very large project to expand Wi-Fi throughout all corners of our campus, and the Cultural Center Planning Initiative builds on that action. This is an exciting opportunity to collaborate on a shared outdoor digital experience with Midtown,” Thompson said. “Wayne State’s Computing and Information Technology Division values community engagement opportunities, and we are always looking for ways to give back to the community we call home.”

Maddie Smith, a WSU second-year dance major, said the Cultural Center is a source of academic motivation. She said she believes this Wi-Fi expansion would be beneficial for herself and fellow creative students.

“It definitely helps me to work in and around the Cultural Center. There are so many things to glean inspiration from,” Smith said. “Being able to study outdoors is such a lovely thing, so having public Wi-Fi that everyone can use would be incredible.”

Wi-Fi expansion is just one part of the center’s larger digital strategy, Borucki said. The CCPI would eventually connect with more artists and arts organizations —developing more programming in Detroit. Public art will be developed for the Cultural Center and areas are being selected for outdoor exhibition spaces, classrooms and performance areas.

“We believe the CCPI will have a positive impact on Detroit's creative scene, and will increase accessibility to the arts,” Borucki said.